My cousin Darlene, who is very creative and a big part of the Sipka Family Craft Exchange, made these adorable (can I emphasize “adorable” enough??) paper daffodils and sent one to me and a couple of the “Sipka” family crafters. 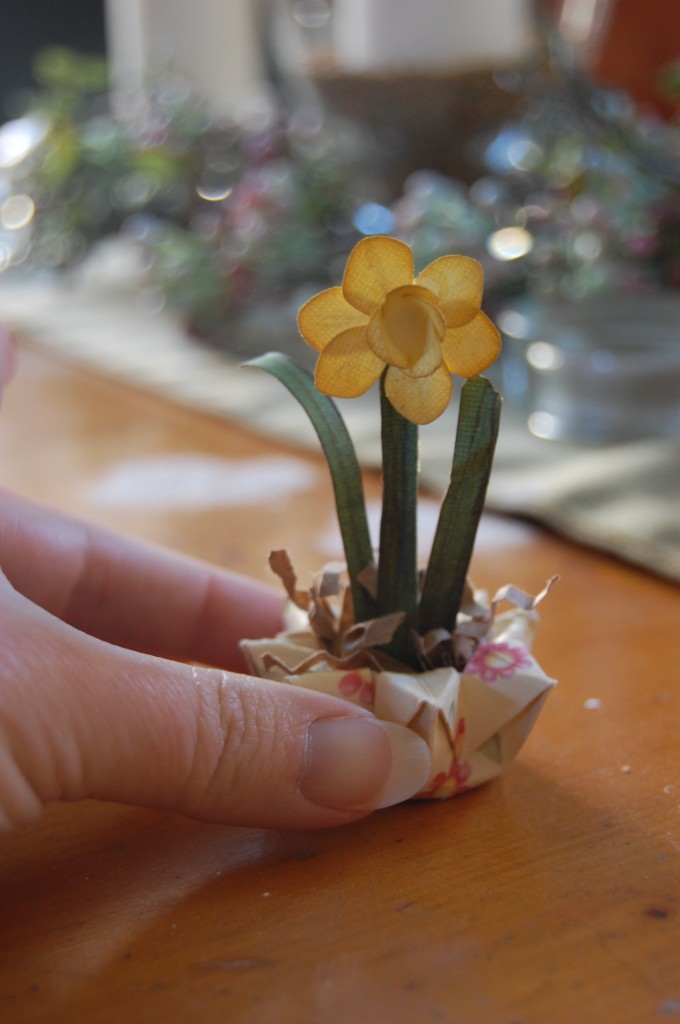 I put my fingers in the picture so you can see how small it is, and see the level of detail. The leaves, petals and stem are separate tiny pieces of paper, seemingly inked at the edges and then glued together in the daffodil shape. The pot is a sweet oragami structure, and crimped paper provides the “dirt.”

I put it on my desk so I can stare at it all day throughout spring! 🙂

Well, not only does my late grandma inspire the Helen Sipka Family Craft Exchange, but now she has, apparently, inspired a football pool.

(I should add, in the spirit of full disclosure, that I barely understood Fantasy Football play. And never played. But my MOM is totally into football, and my hubby and oldest son, so they’d all jump into the Fantasy Football leagues.)

Anyway, this year, we still didn’t do Fantasy Football, but my uncle wrote an email to everyone at the end of the season and said that he “got a message from Mom that we needed to do a Super Bowl pool that would make us think about ‘Respect’ more.”

So apparently Helen Sipka has inspired a respect football pool now — from Heaven!

My uncle put everyone’s name in a square for the playoffs – we all doubled up, actually, because Helen Sipka had a large family – and whoever won would earn “respect” from his/her immediate and extended family and would be addressed as “Miss” or “Mister” by all family members for one full year!

Yep, Miss Laurie here, in the 49ers and Baltimore square. Along with my cousin, Miss Kathy.

Nathan and Rene haven’t quite gotten the hang of it yet. … (My uncle noted that “Mrs. Mom” is also acceptable…)

Fun stuff if you’re still planning your own football pools. … 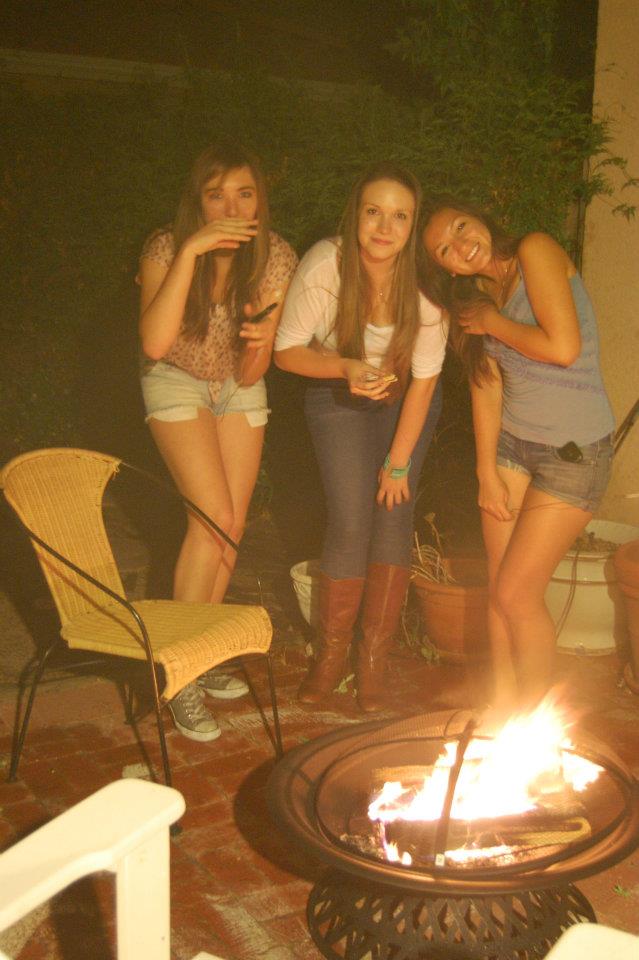 1. Your kids and their friends are making s’mores in your backyard (with real wire hangers, of course — old school).

2. You come downstairs to random children “sleeping over” on your family room floor.

3. Clutter starts to consist of towels, flip-flops, and tubes of sunscreen.

4. There is sand underneath your desk-chair wheels.

5. Your fridge is filled with watermelon, frozen grapes, and cherries.

6. You hardly ever have to wash socks.

8. The sound of baseball is drifts through the house from the TV all weekend.

9. Even though you still have to go to work, mornings are relaxed and peaceful as you tip-toe past sleeping teenagers.

10. Sunday morning breakfasts include sausage outside on the grill.

What are your favorite signs of summer?

I loved a recent post I read from Billy Coffey called Reunion. He was talking about a high-school one, though — his 20th. But his description of the dread and uncertainy is spot-on.

Hmmm … I’ll let you try to guess which reunion it is (although I don’t think you will!) — want to take a guess?

When you’re done guessing, you can hop on over here, and read about which reunion we were planning.