Lauren Christopher is the author of THE RED BIKINI (Berkley, July 2014) and the upcoming TEN GOOD REASONS (Berkley, April 2015).

Hello again! Well gosh, that year went by fast! What I intended to do last year:

What I actually did last year:

That was my whole year: Moving from our home of 22 years into a new home.

I really had no idea it would be so hard. Mostly because I don’t have a lot of experience with moving. My parents still live in the same house they’ve lived in for 47 years or so — the home I grew up in. And although I moved into a dorm room once, an apartment once, then (with my hubby) one condo and one small house, we were traveling super light in those days. We only had one small baby, a couch, a bed, and a crib. We didn’t even hire movers — we just paid our brothers in pizza and beer.

Holy moly, we had a lot of stuff packed into that little house!

But with our children all adults now, it was time to go through all that stuff, right? I mean why were we keeping that box of broken trophies? That wire bench basket of size four roller skates and deflated basketballs? Baskets and baskets of old stickers and worn-down crayons? (And, oh my gosh, all those musty stuffed animals?)

(Not to mention our own strange stuff from the ’80s and ’90s, including an exercise “step” shoved into the back of a closet, some cassette tapes, and a bright yellow “Sport” Sony Walkman.)

Anyway, we started about a year before we planned to move — just very slowly, one big cabinet area at a time. I started with a “craft cabinet” that had become sort of like a junk drawer. (Only a junk cabinet instead — which held lots more junk!) That one cabinet took me about a week. (A lot of sweet kids’ art was in there, though, with lots of photos that belonged elsewhere, so I spent another two weeks building memory boxes of the items I wanted to keep.)

A few weeks later, I moved to the below-the-sink cabinet in the master bathroom — you know, the one where you keep all your old cleaning supplies, first aid stuff, grooming items, etc. (I had old blow-dryers, two sprain “boots,” hardened shoe polish, and a diffuser in there from 1997.)

That took me another three days.

Then I moved to the kids’ bathroom cabinets — same deal, only mostly dried-up containers of acne creams and old prescriptions for contacts.

Then the linen closet.

Slowly, I made my way all around the house, giving away, throwing away, packing, or leaving be (if the item was still useable, and we needed to use it within the next six months).

I “Marie Kondo-d” the heck out of my house, before I had ever even heard of Marie Kondo. (Then Rene bought me Kondo’s book for Christmas that same year, and I loved it!) Done slowly (whenever I had a free weekend), the whole thing took me about nine months.

Oh my goodness, the garage alone took us nearly two months, when you factored in all the dump runs, charity runs, renting the trucks, getting rid of paint/ electronics/ medications all in special ways, etc. I still had six large boxes of desk items from three old corporate desk jobs — from when I had left each job. We had two large boxes of items Ricky brought home from college that he apparently never wanted, and that we had just shoved into the back. Plus five or six boxes of stuff we packed up from way back when we had a slab leak and never unpacked back into the house. Holy cow, that garage was a mess! Chris had an entire tiki lounge set up that needed to be dismantled, plus a drum set and a wall-full of pictures (stapled) and stickers (stuck) that took one whole day in and of itself. Plus a couple of bicycles, that wire bench filled with roller skates, a random chair that needed fixing, just SO. MUCH. STUFF.

SO … once the garage was finally sorted and organized, we started in on fixes to the house to sell it, which took another six months. We painted walls, fixed plaster, fixed pipes, replaced faucets, painted doors, swapped out door fixtures, fixed a fireplace, cleaned carpets, redid the back patio, painted the entire exterior, got all the windows washed, replaced screens, found a storage unit and started moving excess furniture and boxes there, etc., etc. WHEW! We were exhausted.

But it all paid off. We sold the house in only three days, with five competing bids that were all over the asking price. Happy dances ensued.

We found a new house, began paperwork on that, started packing up in a serious way, and then finally made the move in July 2018.

But then — no rest for the weary. We started the work on the new house! — Painting a couple of walls, installing ceiling fans, fixing up the yard, putting up shelves, hanging frames, decorating, organizing new cabinets and closets and drawers, setting up guest rooms, adding storage to the garage, etc, etc. And WHEW! We were exhausted again!

Between our move-in date of July 2018 and this past July 2019, we slowly brought boxes over from our storage unit as we made room for the contents (adding shelves, mostly.). And a couple of weeks ago, we officially closed our storage unit! YAY! Now we feel truly “done”!

I mean, I still have boxes in the garage, but they are not imperative — I can slowly empty them on free weekends. And I still have a lot of blank walls (plus boxes and boxes of frames and wall hangings from our old house that could go on them), but those are “projects” I can do slowly over this next year.

Overall, I feel officially “moved in”! And now I understand why moving from a house of 20 years or more is considered a “major life event”! Wow.

How about any of you? Are any of you downsizing, upsizing, empty-nesting, nesting, moving, and/or Marie Kondo-ing the heck out of your lives? 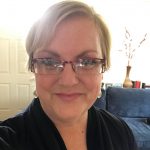 Wow, it’s been a long time since I’ve updated!

I should have been updating more regularly, but 2017 was a crazy year, full of very-high emotional highs and very-low emotional lows. (So much so that I couldn’t even write about it. But I probably will, eventually.)

But so many sweet readers have been sending me notes and letters and emails, asking how my health has been, that I felt terrible for not sharing my good news: On the health front, things are going very well!

February – finished radiation without too much problem.

July – had my first round of checkups (with oncologist, surgeon, and radiation oncologist) and got a big thumbs up.

December – had my second round of checkups (with oncologist, radiation oncologist, and general practitioner), and things are continuing to look great.

I have more appointments to take care of in the coming months – just some general screenings – but I’m determined to make 2018 my year of getting my health back to 100%!

And best of all – I feel like writing again! (I’ve already started notes, two outlines, several character sketches, and feeling pretty giddy about it all.)

I can’t wait to share more on the writing front with you in the coming months. Stay tuned! 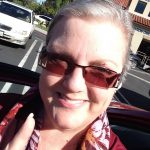 Whew! Well, it’s been a long wait. After a series of minor complications, I’m finally moving into the next phase of post-chemo, post-lumpectomy care — radiation.

It will be daily, for seven weeks, so it’ll go on throughout the holidays and will take me through the new year.

But the good news is that the treatments are super-duper fast (about 15 mins max). And the side effects are supposed to be minimal — maybe some fatigue as time goes on, plus maybe some sunburned feeling.

But I’m ready to do this and just get it over with! Here we go … 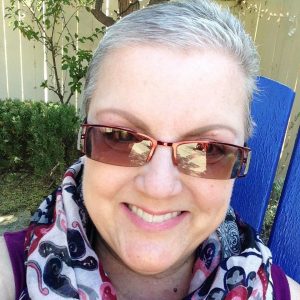 Well, my post-chemo hair is slowly coming in. (At the amazing rate of about 1/4 inch per month … sheesh.)

But then I became so happy that I had hair at all — and that I didn’t have to wear hats on hot days — that I just kind of shrugged my shoulders and went with it. I figure it’s probably just as well to have easy-peasy hair when you’re still racing around to doctor’s appointments and have to constantly be changing clothes in doctor’s offices or lying down on tables. And now I’m quite liking the ridiculous ease of it all. (Basically wash, run a towel through, and you’re good to go.)

When a friend of mine called it “silver” the other day instead of “grey,” I even started to come to peace with the color.

I’ll still probably color it and grow it out eventually. (I mean, I did just turn 50. I’m already sensitive.) But for now it’s so easy and convenient that I’m going to leave it while I finish my treatments.

I’ve been lying low since my surgery in July, but for whatever reason my incisions just didn’t heal. END_OF_DOCUMENT_TOKEN_TO_BE_REPLACED 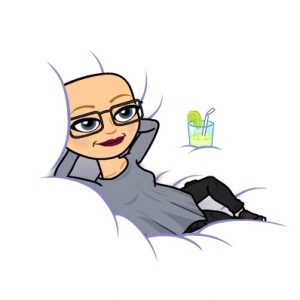 Okay, surgery is done, and went well! I’m recovering now, and trying to take it easy to recover as quickly as possible.