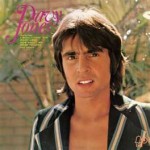 Even though I was just born when Jones’ show “The Monkees” first aired, and only about 2 when it went off the air, he was a pop star well into my elementary years, and we definitely watched reruns of the shows. It made me think of all times I’d heard his songs, and all the babysitters who’d played them for me, and watching “The Monkees” at a beach house with my cousins Mark and Robert (and we all tried to act out the arm-in-arm beach-walking of “Here we come … walking down the street …”), and listening to Davy Jones on 45s in the bedrooms of my friends’ older sisters. All the older girls and babysitters in my life at that time thought Davy Jones, with his swoon-worthy British accent and fun-loving nature, was the epitome of marry-able. Everyone fancied herself to be a possible Mrs. Davy Jones. END_OF_DOCUMENT_TOKEN_TO_BE_REPLACED

Have you guys seen this? It’s a clip of Hatsune Miko, a former anime cartoon character in Japan, whose popularity has launched her on stage as a singing hologram to glow-stick-waving, sold-out crowds in theaters. A hologram! Performing live! And yes, that’s a real drummer behind her; and yes, those are thousands of real fans waving their glow sticks for her. … Wild. …

I didn’t know until Steve Jobs’ death that he was the brother of writer Mona Simpson. (How did I miss this?)

I love Mona Simpson’s writing. She was featured in Reasons to Believe: New Voices in American Fiction, a book about fresh, young authors back in the ’80s that I read cover to cover, devouring all their words of advice and believing in the dream they set forth. She was part of that crowd we were all reading in college — Lorrie Moore, Jay McInerney, Bret Easton Ellis, Amy Hempel — who we all loved and admired because they were so young and making it so big in the writing world. I loved her first fiction book Anywhere But Here, and it was one of the few books I’ve read twice. The mother really resonated with me, since she reminds me so much of someone in my own life, and I thought the story was beautifully told.

And now I just learned she was the birth sister to Steve Jobs. And then I saw her eulogy for him in The New York Times — also beautifully written. It’s amazing that two people so brilliant could be born into one family, although they never lived together as a family, and even more amazing that they didn’t know each other existed until she was 25. But the story she tells about  how she learned he was her brother, and how close they eventually became, is lovely.

I know I’ve said before that I agree that sometimes truth really is stranger than fiction. But sometimes it’s also more romantic and more loving as well. …

Here’s her eulogy: A Sister’s Eulogy for Steve Jobs.

Photos were an interesting part of the news recently. I love the picture of the fuzzy pink worm caught in the clenched fist of the littlest bridesmaid in Kate and William’s official wedding photo. I loved the incredibly moving picture of the firemen watching the news of bin Laden’s demise on the big screen in Times Square. And everyone has certainly, by now, seen the powerful picture of The Situation Room during the raid on bin Laden’s compound.

But that last one gets more intriguing. An article by Helen A.S. Popkin yesterday outlines several interesting things about the Situation Room photo, from how many times it was Photoshopped for humor (love the one of everyone wearing Beatrice hats and the one of “the Situation” of Jersey fame in The Situation Room — they’re both in the article) to the fact that a Hasidic paper completely Photoshopped Hilary Clinton out because the paper never features images of women in the newspaper. (The paper eventually issued an apology, but only to the White House because they’d changed the photo  — not to women or Hilary Clinton or society as a whole because they managed to edit out a woman who has earned every right to her position.)

Anyway, “The Situation Room” photo — like the fireman photo and the official wedding photo — are among those iconic images that sum up a week to be remembered.

Worth a thousand words. …

Whaaaaaa? Maria Shriver and Arnold Swarzenegger are splitting? Say it ain’t so …

It’s always sad and shocking when you hear that a seemingly happy couple who are not going to make it. I guess because it makes true love seem more elusive and less attainable.