The drive from Seattle to Missoula takes 8 hours along Highway 90, and is very pretty. Ricky had let us know ahead of time because he’d made the drive a few times already. You go through some cute little towns just west of Seattle. (Stopped in one to find a grocery store for fresh fruit, and encountered an engaging, no-nonsense grocery clerk who acted like the town sheriff, taking her town very seriously. Chris wants to retire there now.)

After that, Ricky warned us we’d hit some boring, dry patches, but then you cross into the Idaho panhandle and get the pretty pine trees again. He told us we’d enjoy the Fourth of July Pass and Coer d’Alene. He was right. You really think you’ve never seen so many pine trees in one place: 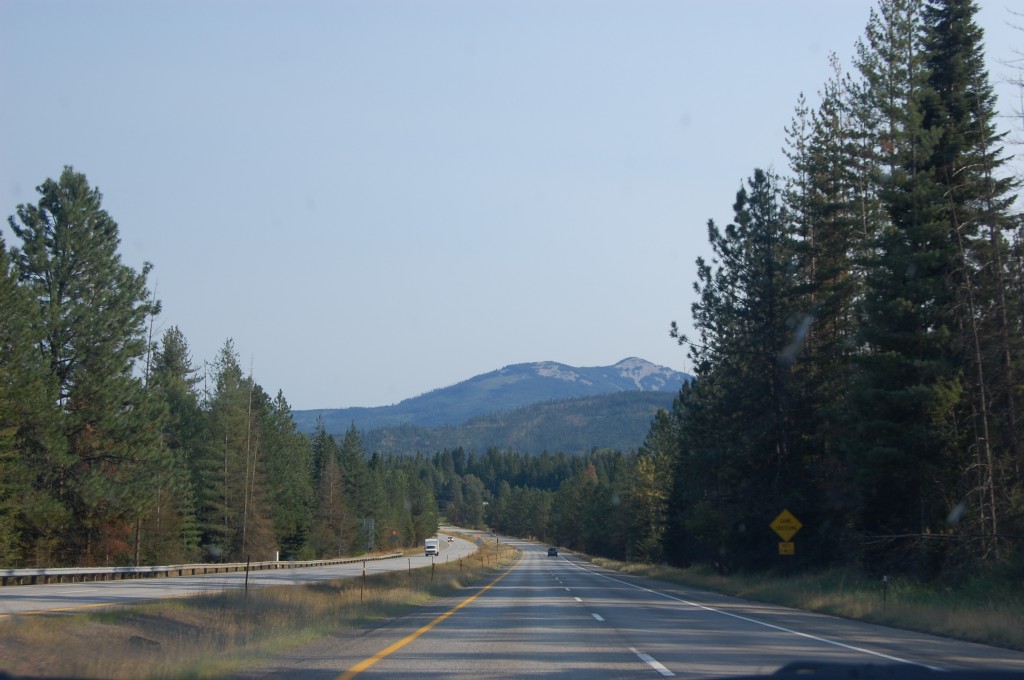 In no time, we were in Missoula. We were so excited to see Ricky. We knew he had to work at 8 p.m. (at the newspaper — copy desk shift), and he’s an hour ahead, so when we pulled into Missoula at 7 p.m. we were a bit pressed for time. But we picked him up at his new house — a quaint little one-story in the middle of the very-residential neighborhood that surrounds the school — and took a quick tour of the house, met two roommates Tommy and Tony, and then zoomed off for dinner.

Ricky had a list of places he wanted us to take him for dinner. (Top Ramen was getting old already.) That night we did The Old Post Pub (whose motto is, “Hey it’s more fun to eat in a bar than to drink in a restaurant”), and had a delicious dinner, but mostly it was fun to catch up with him. (I had a picture of this somewhere but now I can’t remember which phone/camera it was on!)

We dropped him off at the newspaper a little late (he’d called ahead) and went back to our Missoula hotel, which was one we’d stayed at before — the Wyndham. We chose it again because it has fun waterslides that Nathan and his Dad reeeeeeeally liked. Here’s the two of them in 2010: 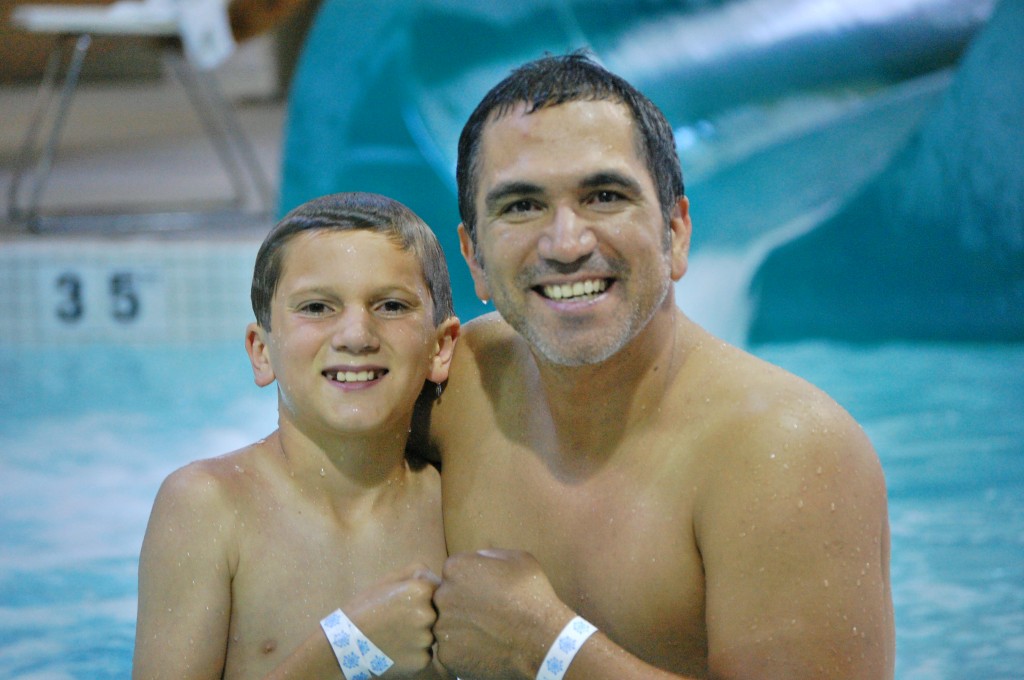 And here’s the two of them coming down the same slide this year: 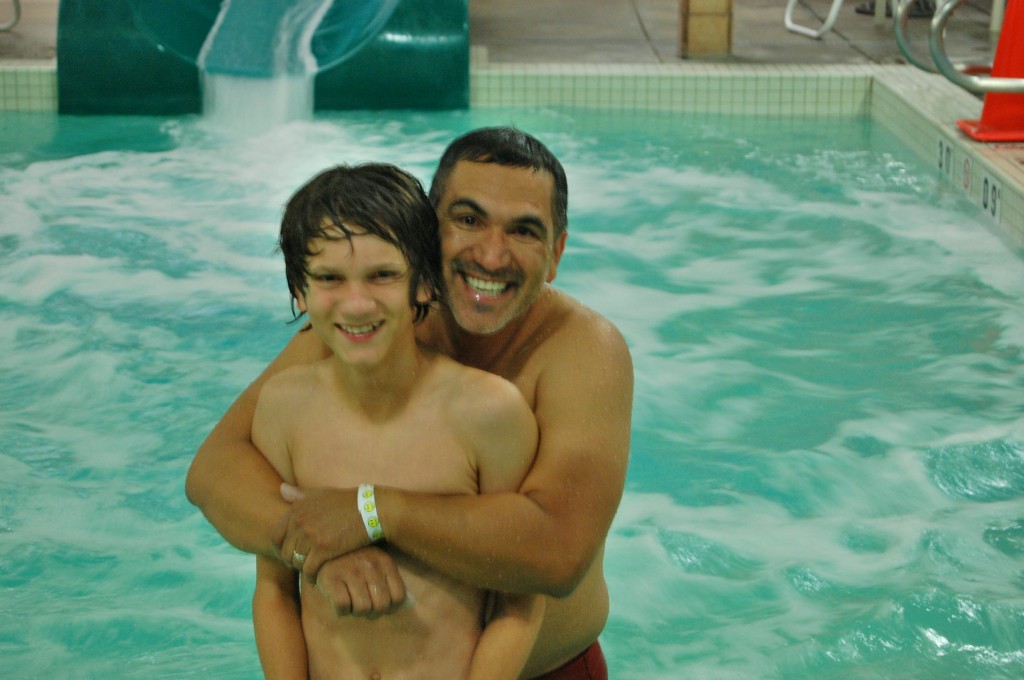 One of them has grown up considerably, huh?

(And the slide still gets the thumbs-up.)

That night we crashed, happy that we’d get the first chance to SLEEP IN the next day!

Next up: Ricky’s house and hangin’ out in Missoula!