The drama: Nate had been feeling rather ill during the week leading up to the trip, and the first day we were on the road, he was feeling lightheaded. On the morning of Day 2, we drove through San Francisco to Café Roma, the café Superman and Rene loved most on our last trip there, and they began walking the steep San Fran hills to get their morning brew. But Nate and I stayed behind because he wasn’t feeling well.

While they were gone, we sat on a bench at the top of a STEEP sidewalk and he eventually rested his head on my shoulder and started crying. He really didn’t think he could make the trip. I felt terrible for him, and while we waited, I told him we could go back. When Superman and Rene arrived back (believe it or not, they ran into our tour guide Blandina from our last trip!), I told them we might need to turn around and go home. Rene actually gasped.

But we drove over the Golden Gate to park for a minute, to wrap our heads around this, and discuss.

We sat out along the wall that overlooks the Golden Gate Bridge and had a little family meeting. Rene was mature as always. I was crying because I felt terrible. Nate started to feel better, and started taking pictures again with his new tripod. And eventually he decided he could go on.

He even ended up taking some of his best pictures in that hour we sat on that wall, looking at the Golden Gate Bridge. Love these. That bottom one makes an awesome screen saver, by the way: 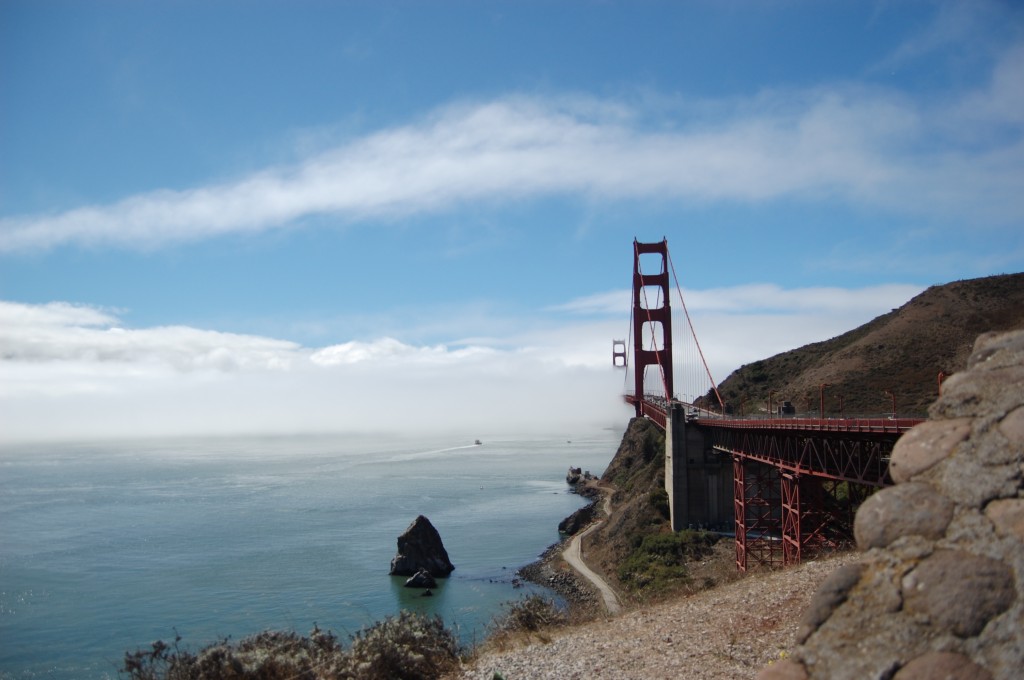 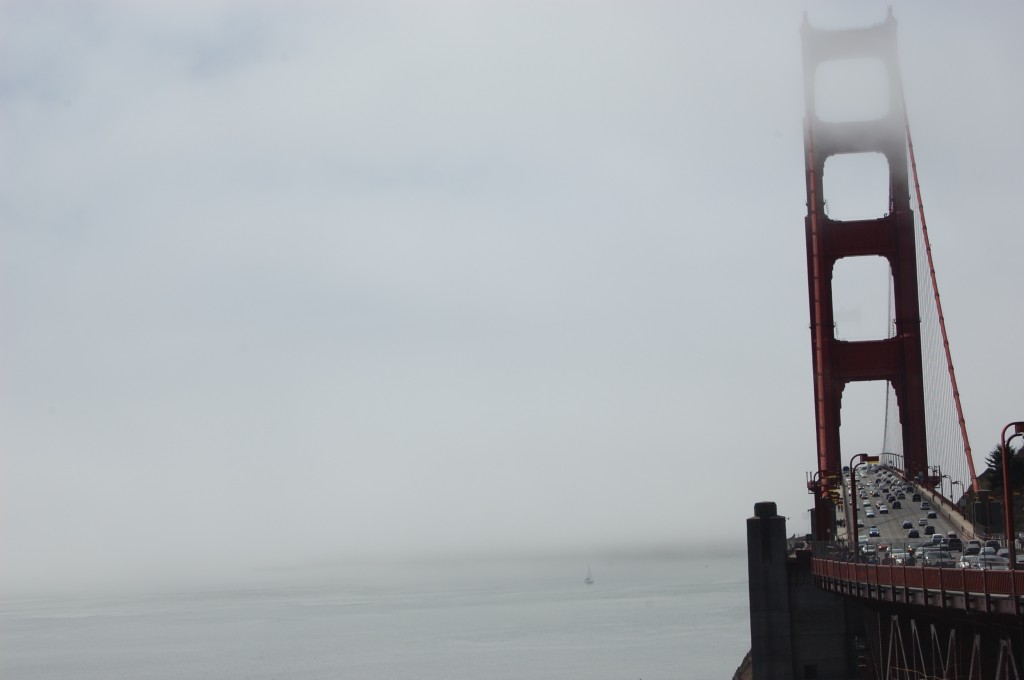 So we were off, although a little nervous. We headed to Marin (the most expensive county in California) to buy medicine at a fancy supermarket that had only Mercedes and BMWs in the car wash next door (no exaggeration), and we all forged ahead.

But we were running pretty late (it was already noon), so there was no dilly-dallying. We needed to make it up to Eugene by night! So we made only a few stops, the Redwoods being an important (albeit brief) one: 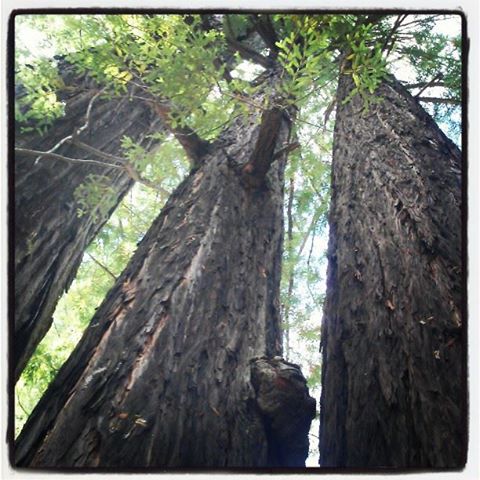 Photos can’t really do the Redwoods justice. Mostly because they’re SO huge and awe-inspiring you can’t even really get them fully in your camera, or give any sense of how they tower. You really have to see them in person.

Here’s a picture I took of Rene, though, when we got out of the car to stand in silence and wonder at the way the mist and the late-evening sunshine came through the trees. It really is a magical place: 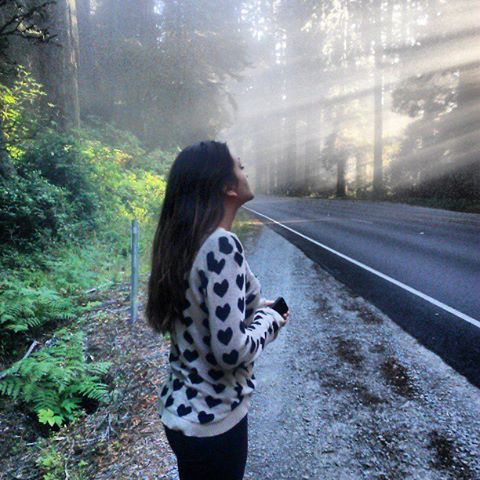 It was a strange day of fog, and mist, and feeling powerless. …

But it actually brought us closer as a family, and we all fell into bed that night in Eugene feeling stronger and closer, ready to experience whatever life wanted to throw our way, and eager to see what was around the next corner.