This year I experienced my first high school Homecoming dance with a daughter.

And, let me tell you, it’s leagues different than experiencing it with a son.

First of all, there’s the attire, and shopping for it (or  not). My son really only had to find a few articles of clothing – black pants, a jacket once, a shirt of specific color sometimes, and usually a tie. He put most effort into the tie. I went with him once or twice to shop for these things (actually, my main job was to bring the debit card, but I think he actually did want my opinion once on a tie and once on a suit). But anyway, ties are kind of boring to look at. And he’s pretty reserved, so we were looking at especially boring ties. Basically, it was just him and me and the Muzak, trying to find something quickly before we went home to watch Modern Family.

Dress shopping, though, with my daughter was a whole ‘nother world. … I didn’t even know where to go dress shopping, in fact, but my daughter knew. And she wanted to go with a girlfriend. So the two of them traipsed off to a huge outdoor mall and spent the morning shopping, but they zeroed in on the Shop of All Shops for Dresses and spent the whole morning there, trying on several dresses with about a zillion other girls. Later that evening, she dragged me back with her to find the three she “hid” on the wrong rack, and she pulled them all out and went to the dressing room to try them on for me. The store was packed. There were teenage girls of all shapes and sizes, and maybe three or four moms like me who were there with wallets. Most girls were there in pairs or clusters, though, squealing through the dressing room and running back and forth between mirrors, or running back into the shop to find shoes to sample with the dresses. You could tell most of the girls had never had anything on like these dresses before — the fabrics! the silhouettes! the colors! — and they were delighted at their reflections. Their expressions were priceless.

Rene tried on all three of her finds for me, and I gave her my opinion — leaning, of course, toward the one with the most unusual color and the one that looked least like something you’d see at The Shark Club cocktail lounge on some desperate 27-year-old. She spun around in all three, and one was a clear winner. We bought it, along with some earrings she took about five seconds to find.

The rest of the week, she was her usual low-maintenance self: She said she didn’t need new shoes, she was happy with the earrings and didn’t plan to wear any other jewelry, and she even told her boyfriend he didn’t have to get her a corsage because they were too expensive. She did want to make a boutonniere, though, so we went to Michaels and she picked out the materials. That was fun. She made it in about five seconds. I told her there might be a business in that.

On the day of the dance, though, the differences between her and my son came out again. While Ricky used to watch football on Homecoming day or hang out with his friends – and then throw on his suit and tie about 15 minutes before leaving – Rene and her girlfriend began getting ready about 3 hours before the dance. I couldn’t even imagine what they’d do for 3 hours, but apparently there’s a lot of hair-curling going on. They came back to our house just in time to leave for pictures. And she did look beautiful! Apparently the 3 hours were worth it. And her boyfriend did bring her a corsage, her first (it’s  now hanging dried in her room). And the look on her face when she saw him walking up – and the glee in her expression when he gave her that corsage – all priceless. 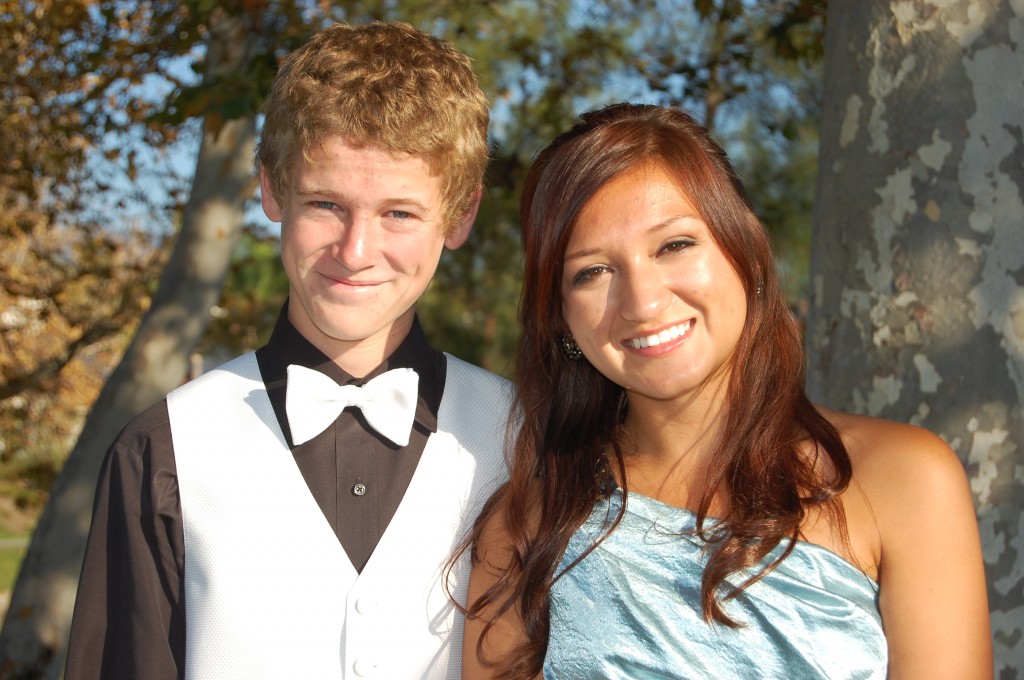 4 thoughts on “How Homecoming Is Different Between Daughters and Sons”