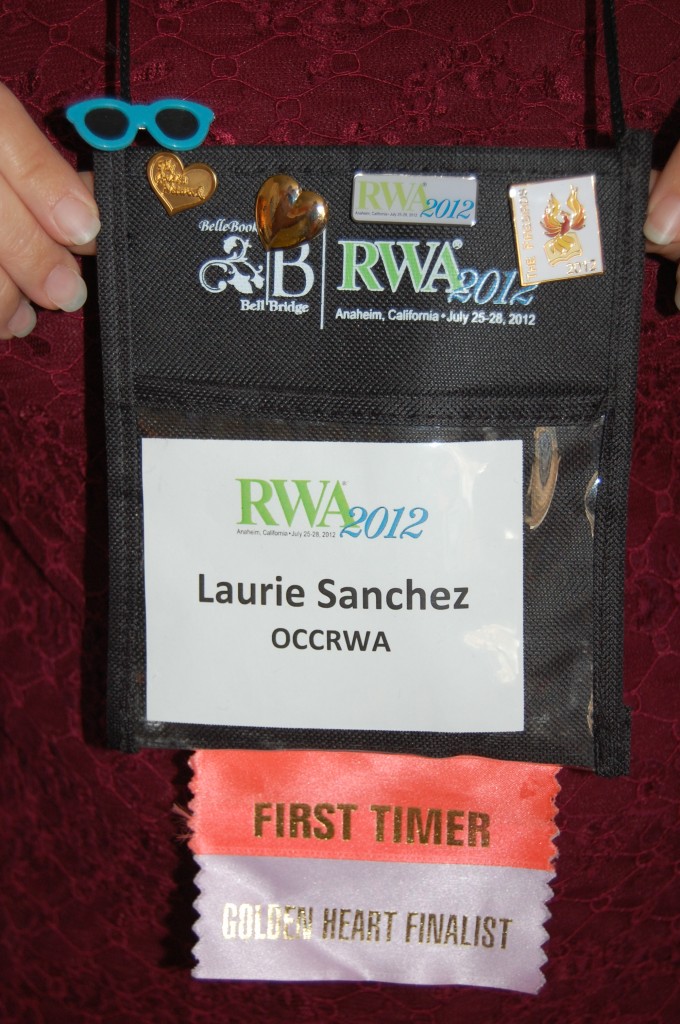 My badge! The sunglasses pin is from The Golden Network Retreat, the next heart down is from membership in The Golden Network, the next pin is for finaling in the Golden Heart, the next is this year's Anaheim pin (they should have done something Disney looking, no???), and the last pin is our Firebirds pin we had made for us. Some people had TONS of pins all over their badges! They were really fun to look at!

Whew! Thursday was our first day of workshops.

I hustled from one to the other, taking notes and soaking it all in.

We had a nice lunch in the middle of the day, with Stephanie Laurens as the keynote speaker, who spoke about the fact that even though the publishing industry is in a huge state of flux right now, we — as storytellers — have the same job, the same goal, and the same process: writing the best books we can and getting them to the readers who love them.

Despite the “Wild West” feeling of the industry right now, it’s actually the best time ever to be storytellers, she said.

I came home a little early today. It’s my one “early day.”

Tomorrow is agent and editor appointments, attending some book signings to collect new books, more workshops, another keynote speaker, a Firebirds pool party, and more! … (I’d better get to bed.) 🙂