Wednesday was an all-day retreat for The Golden Network, which is a chapter filled with Golden Heart finalists. It was exciting to meet everyone from this year and past years. At the end of The Golden Network retreat every year, there’s a “boot up” ceremony, where anyone who is published that year (and, therefore, no longer qualified to enter The Golden Heart) is “booted up” (and out) of the club — to much applause, of course.

Cherry Adair gave the keynote address to the room of about 80 as we sat at round tables, and she was funny and terrific: 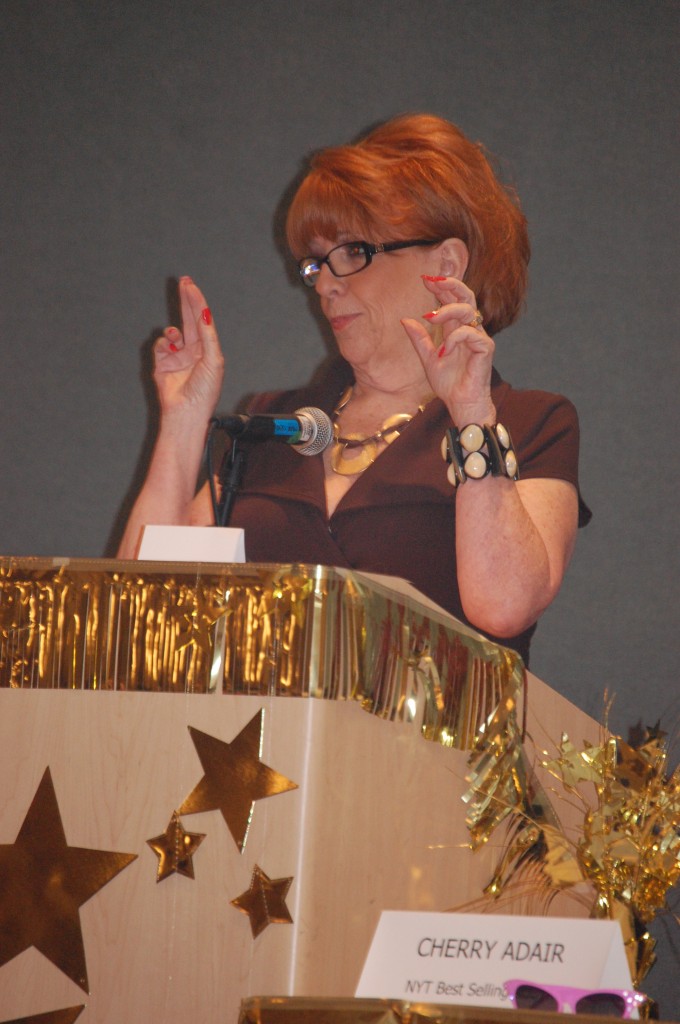 Since Nationals is in California, there was a “Hollywood stars” theme for the retreat this year, with sunglasses for everyone, Hollywood star coasters that you could write your name on, goodie bags of treats, lots of star decor, etc. (The theme along the lines of “Your Future’s So Bright, You’ve Gotta Wear Shades.”) So cute.

There were two great panels, one before lunch and one after: Editors and agents Jessica Alvarez, Laura Bradford, Debra Dixon, and Sarah MacLean joined Cherry Adair on one panel to critique first pages out loud. That was really enlightening, to see how first pages might move them to ask for more or not.

All around, it was terrific. I enjoyed talking to some of the Firebirds at greater length, too, during the breaks and lunch.

From there, I whisked over the Hilton across the street to meet my mom and sis-in-law Denise, and we had a quick early dinner/snack at the Hilton, then walked over to the Convention Center, where the literary signing was. 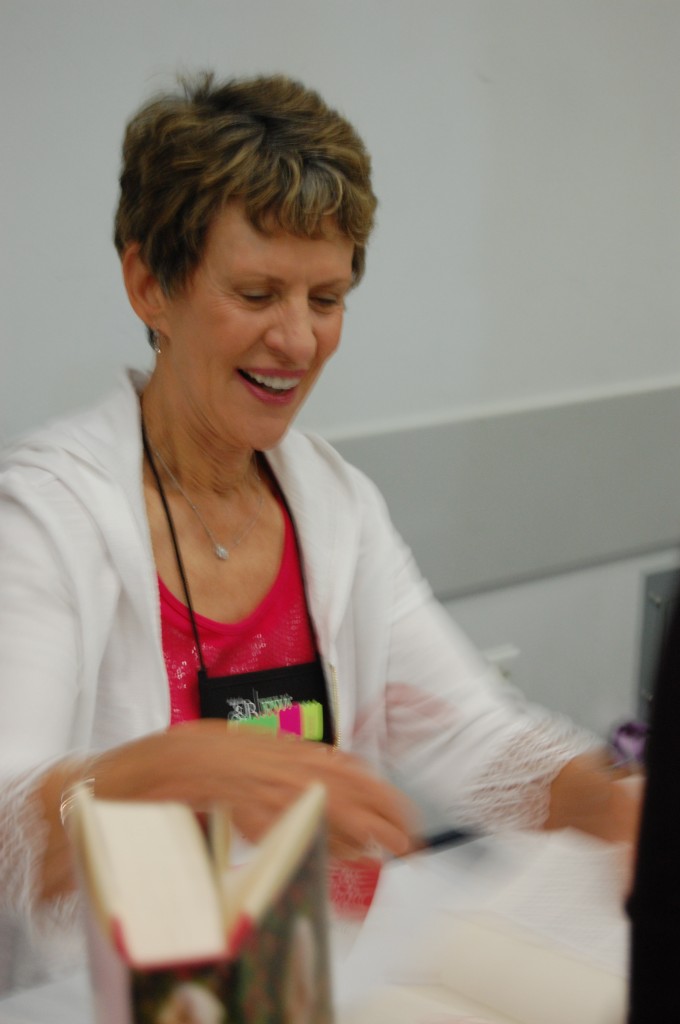 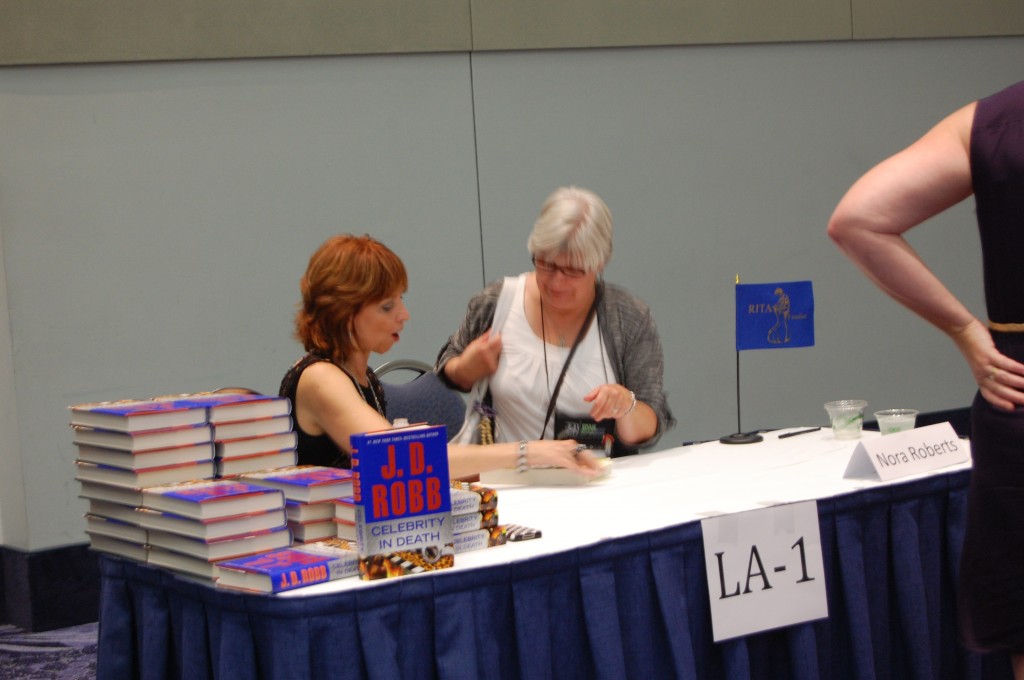 And so many more (Jayne Ann Krentz, Kristan Higgins, Robyn Carr, Jill Shalvis, Nalini Singh, Christina Dodd, Brenda Jackson, the list goes on and on). It was great. We signed up for raffles, got lots of books signed, took some photos, and just had a great time. (Fellow Firebird Colette was showing us some of her best “stalker” moves, too.)

Then it was back to the Hilton for a refreshment break, and I parted ways with my family (they went back to hear the raffle winners while I hoofed it back to the Marriott for an agent appointment).

I met with an agent informally about my manuscript. She’d read it in the last month, and liked it, but had some ideas and suggestions and wondered if I wanted to hear them. (Of course I did!) So we met at Starbucks and she walked me through her thoughts and ideas. It was great to talk with someone in the industry about how my book might fit in somewhere. She was the third agent I’ve had a real conversation with, and all their feedback has simply been invaluable to me. (I had been so uncertain I was even on the right track, but they’ve been assuring to me when I need to be assured, and have pointed me in the right directions.)

After my meeting with her, I ran over to one of the ballrooms (8:30 now) and went to a “First Timer’s Orientation,” which was helpful to figure out how to navigate all the workshops and events for the next couple of days. And I met a couple more Firebirds who had just flown in — one from Australia.

After that, I was wiped out. I headed to my car, drove home, ate a quick bowl of cereal then crashed.

I needed to get ready for the next day … which is actually the first official day of the conference! (Yikes! Tired! And blisters already. …)