One of the items that comes out of the “fall decor” box every year is a Halloween Scrapbook I made for my kids one year (during one of my scrapbooking-obsessed years). 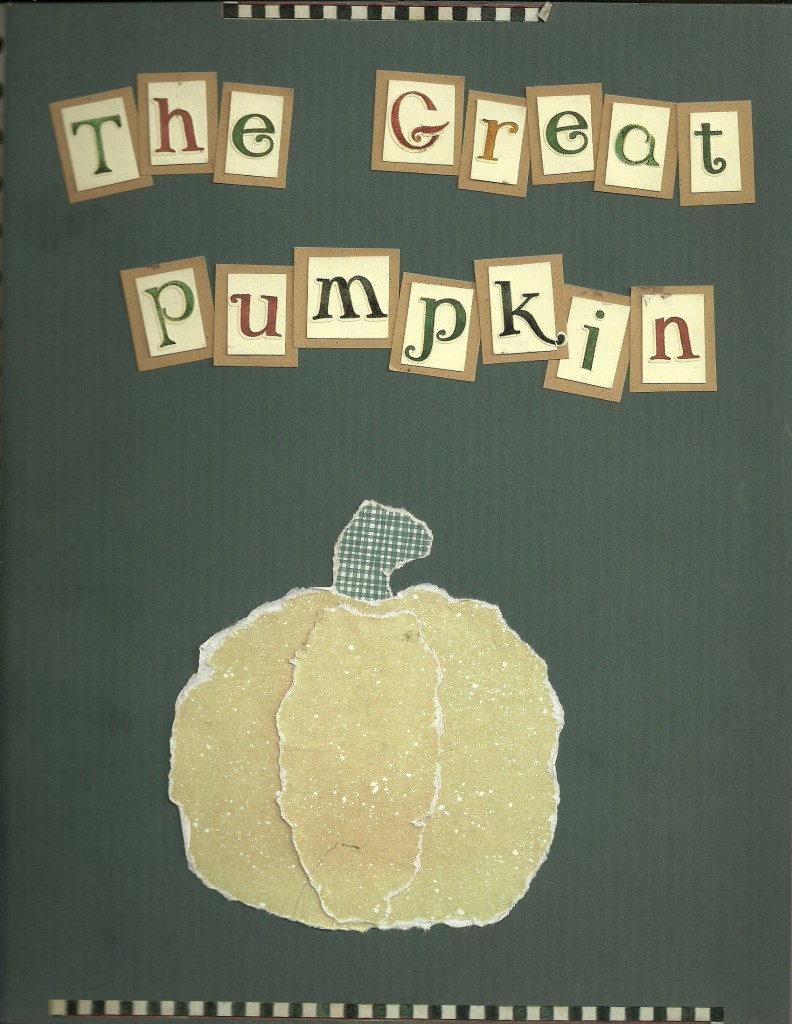 I made it in a spiral-bound notebook (filled with heavy art paper) that I bought at Aaron Bros. I didn’t use plastic covering because I love the textile feel of paper and photos, but in retrospect (or if I were to do it over again), I’d probably cover it afterall (or use a traditional scrapbook with plastic page covers), because I had no idea how much this particular scrapbook would get so manhandled over the years! (In fact, of all the scrapbooks I’ve done for my kids, I think this is their favorite!)

Each double-page spread is devoted to one child, per year. On the right side is a set of three photos, the child’s age that year, and the date. (For the photos, I tried to have one headshot, then two full-body shots if I had them. For the date, I used a stencil and colored pens.)

Here’s one of Ricky’s early pages. This is the right side of the page: 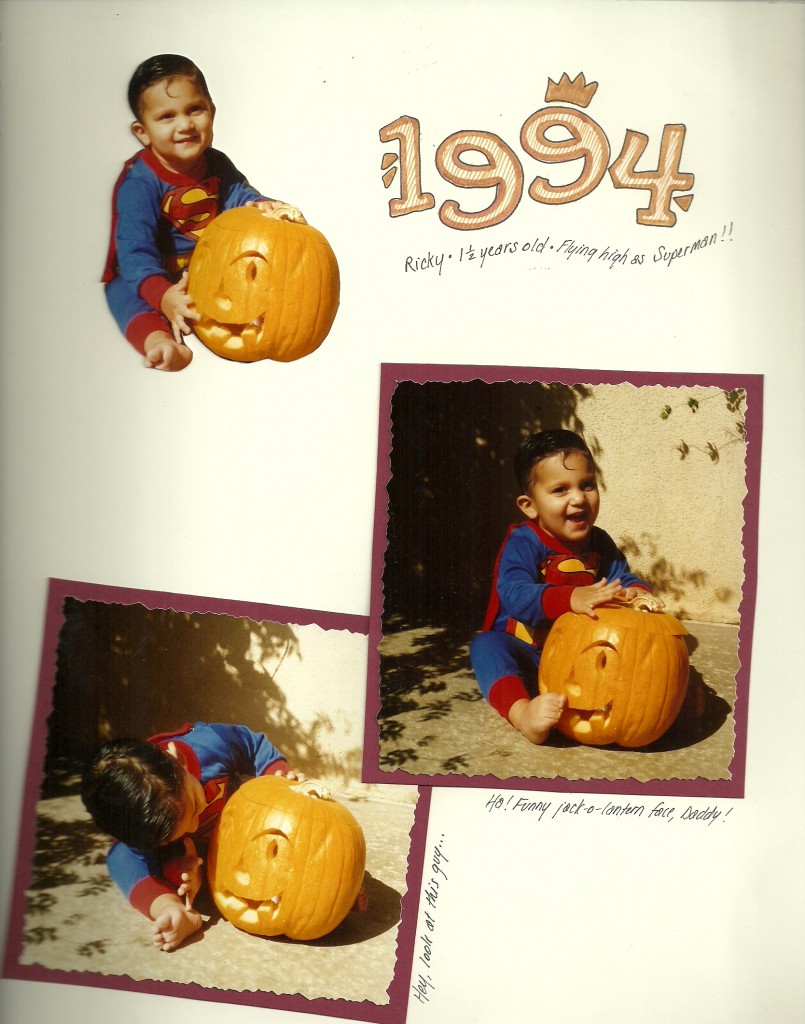 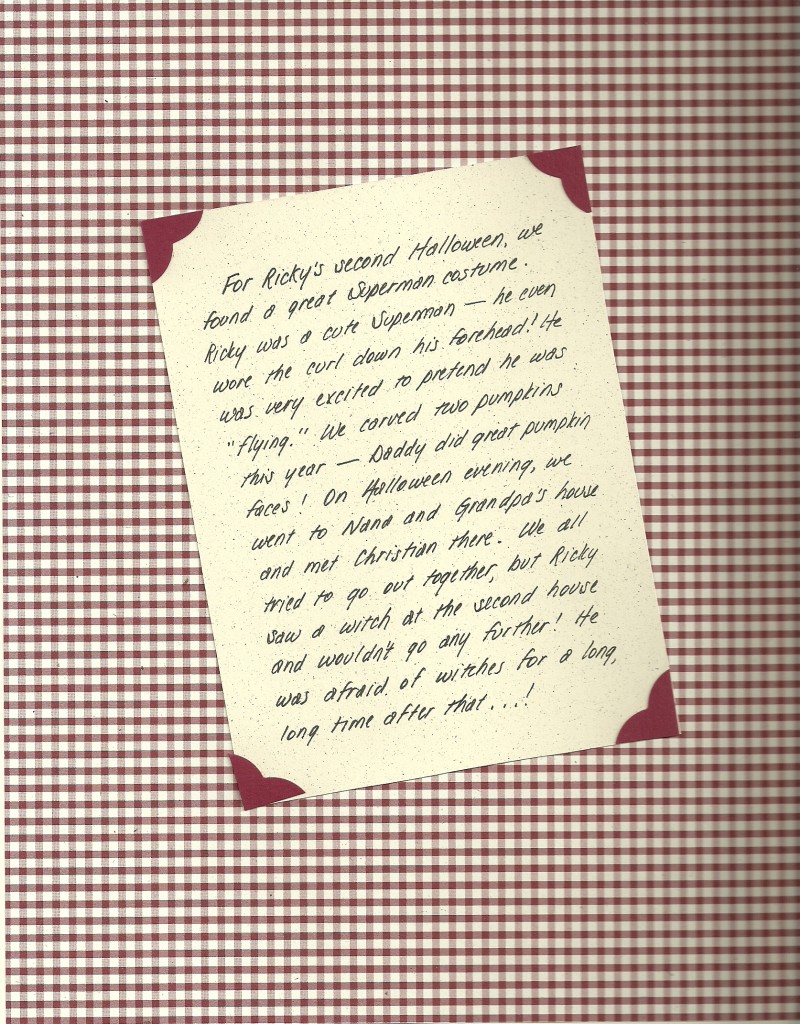 Here are some more pages I love: END_OF_DOCUMENT_TOKEN_TO_BE_REPLACED 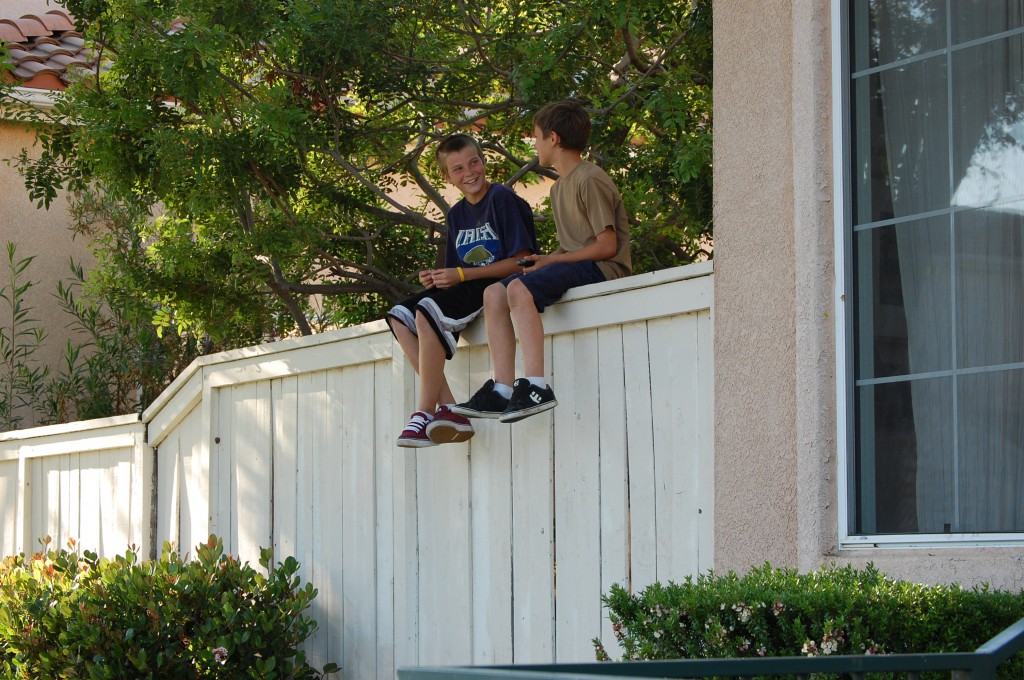 I often come home from lunch and see Nate and his neighborhood friend sitting on our fence like this, or somehow “looking for something to do” (a.k.a., “one step away from trouble”). They remind me of Huck Finn and Tom Sawyer.

One time they were trying to fit each other into suitcases. One time they were building a precarious “ramp” out of a small cardboard box and a lot of daring. Many times there are chairs and upturned buckets around the yard, where they are building obstacle courses to fling themselves over fences and around trees in precarious ways. Many times they’re huddled around our hose, with either water balloons or squirt guns.

But it’s great to see them just being boys.

It’s one of those classic things about summer. …

What were some of your favorite things to do during the lazy days of summer when you were a kid?

Okay, another busy, successful week just ended for the kids: We had Senior Awards Night in the high school gym one evening; Ricky had his senior dinner-dance cruise another evening; Nate brought home all his art projects; and the kids have had various late-starts and strange finals-taking schedules, so we’re coordinating rides around here like a well-run taxi service. There are a few more things left (graduation practice, Nate’s class going on a group field trip, Rene’s “fiesta” at school, 6th grade clap-out, 6th grade promotion, graduation, Grad Night, and a family party for Ricky — all being planned in the midst of Father’s Day and an 8-day roadtrip that I’m planning like a Lewis and Clark explorer), but then we’re done!

This is definitely the busiest spring I’ve ever had as a parent! Good thing it’s not always like this.

But — who knows — I’ll probably look back on it and think it’s shame it’s not always like this. …

June’s always been a crazy month for us. And this one started as no exception. June 1 saw:

An Egypt project due in Nate’s class: 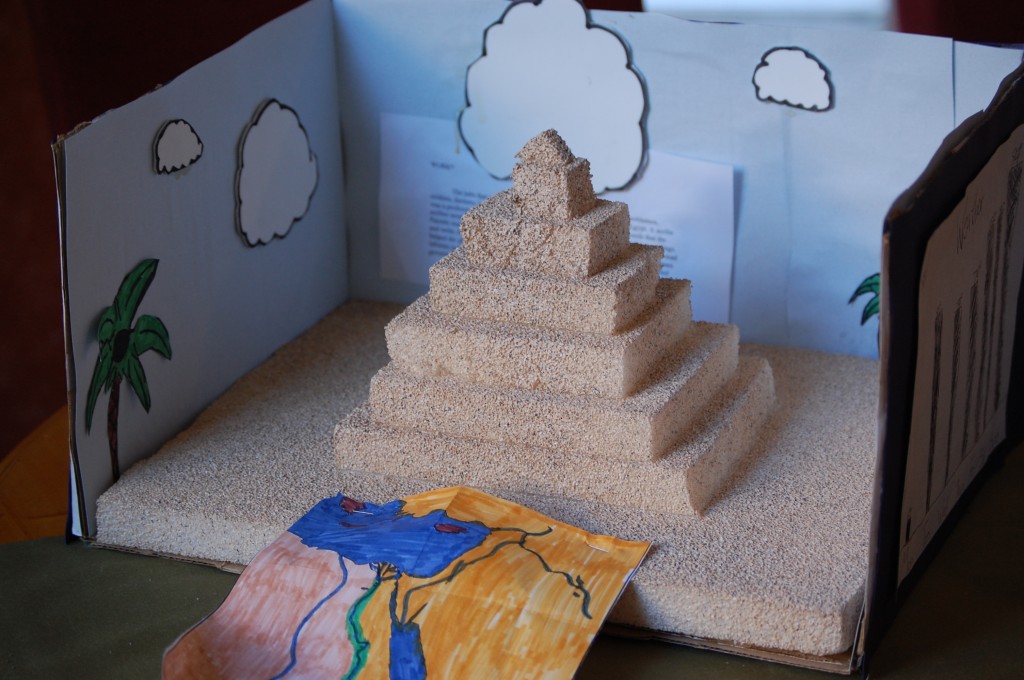 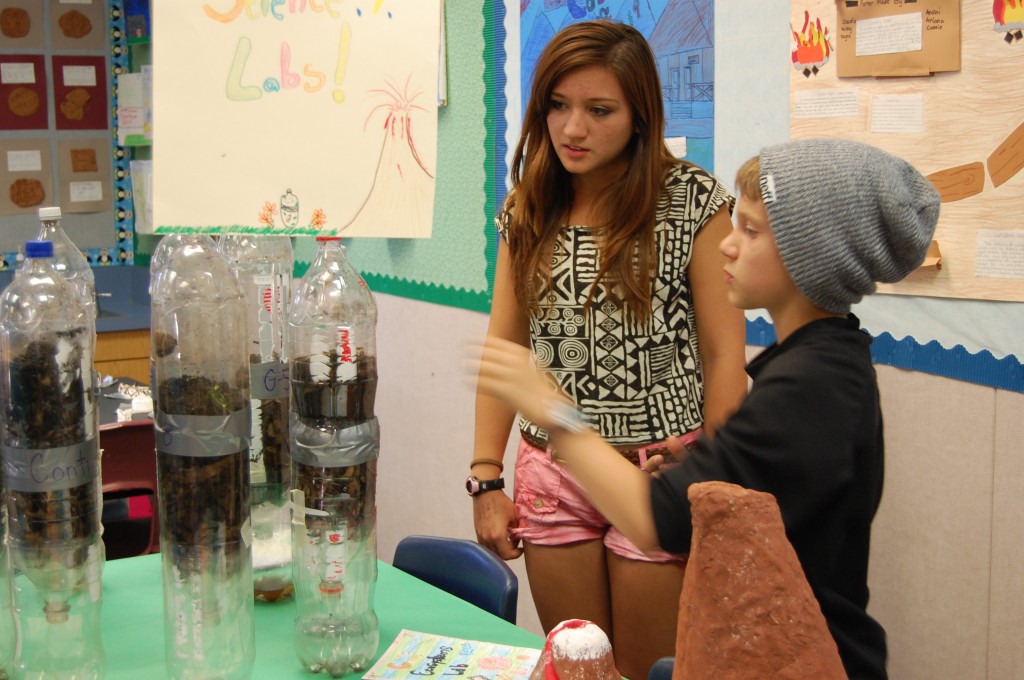 Nathan showing Rene one of his class' science projects

Followed quickly by Ricky’s second Prom, where I was a “guest photographer”: 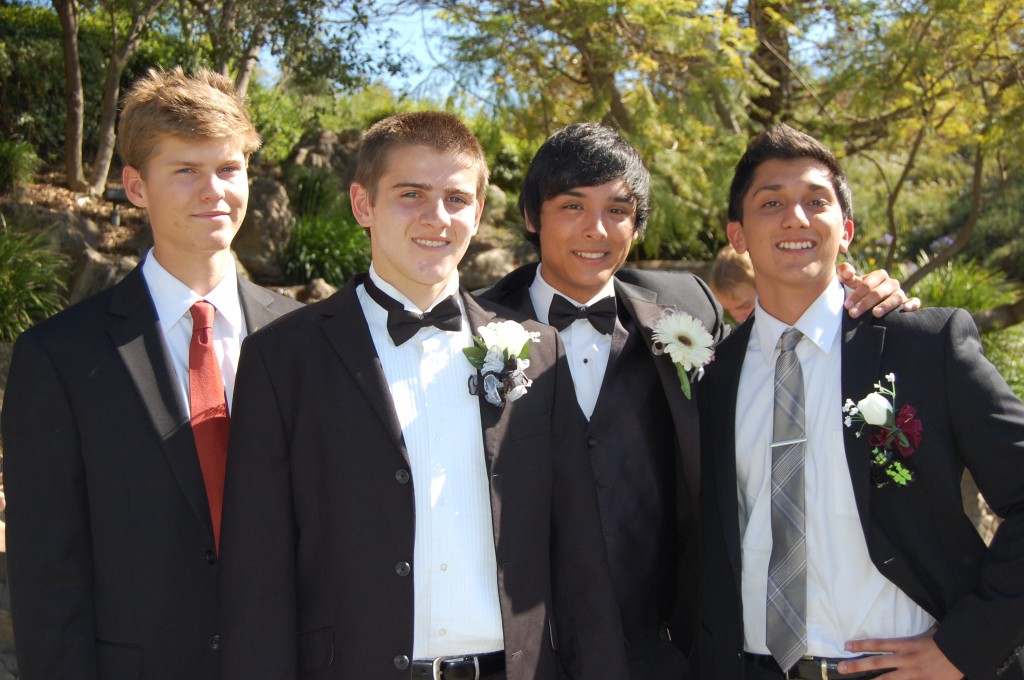 Some of the guys waiting for their dates at Prom 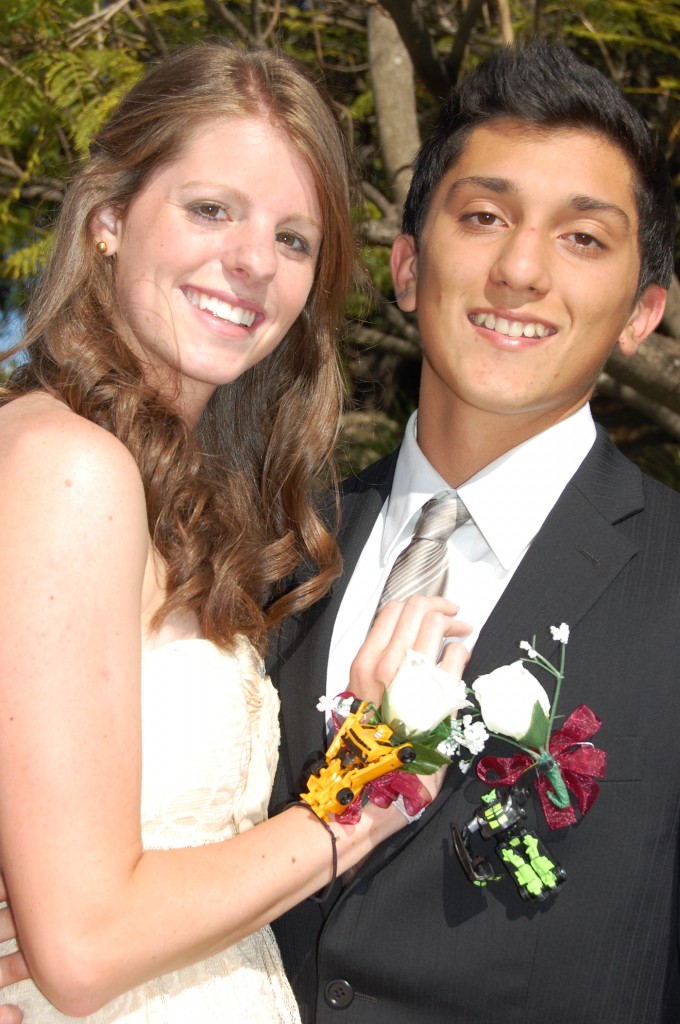 Ricky and Em with their “Optimus Prom” corsage/boutineer 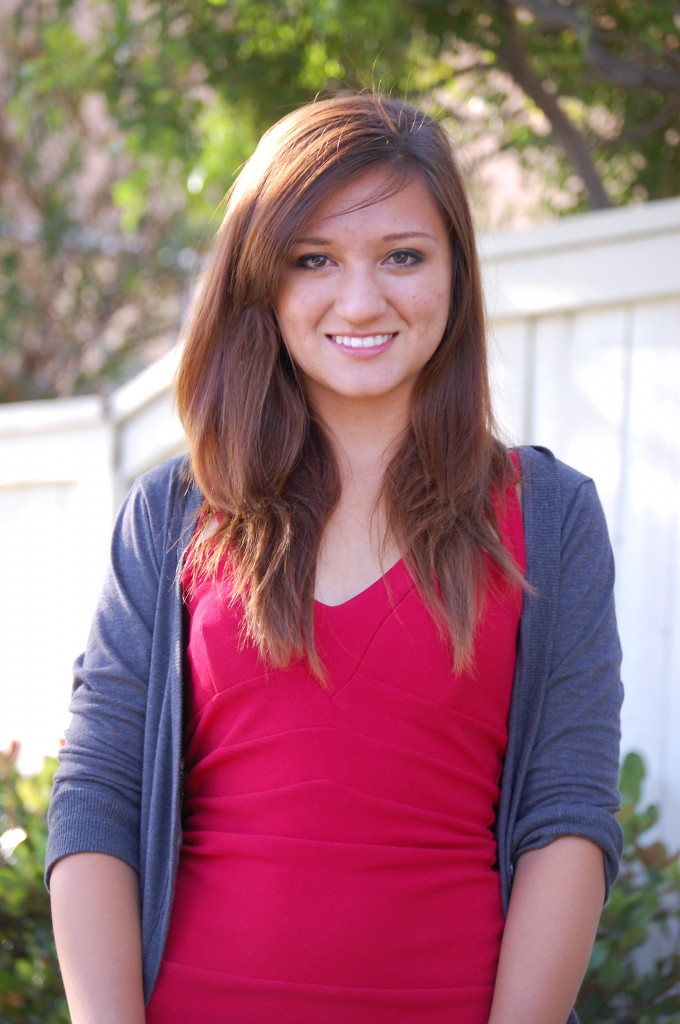 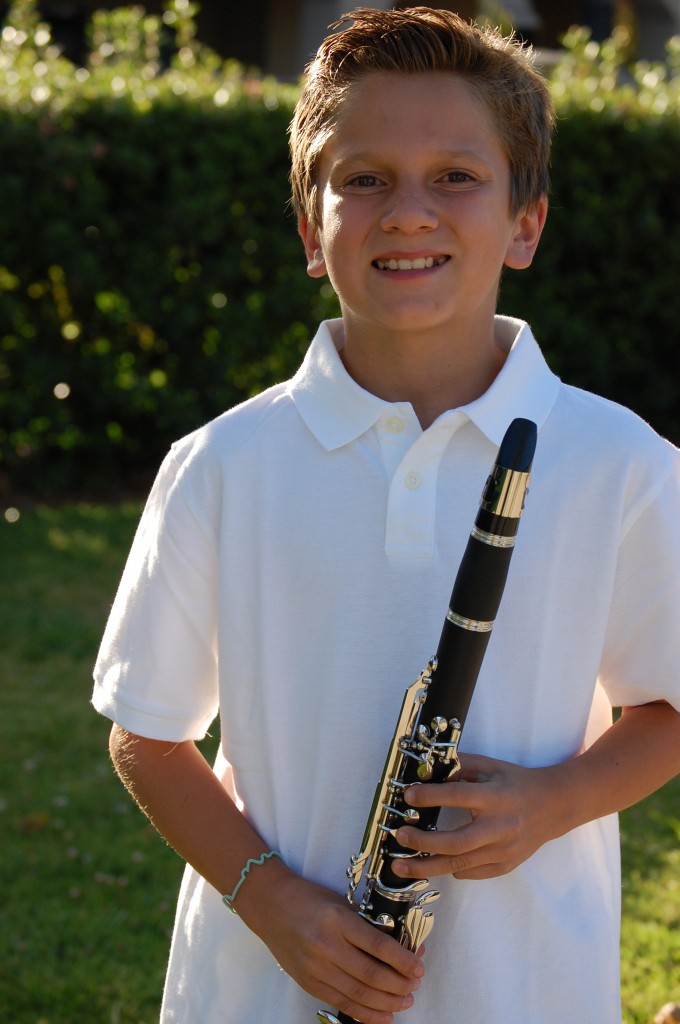 The kids don’t actually get out of school until June 21, so we’ve got a few more events to get through (senior events, parties, dinner-dance cruise, family festival, 6th grade promotion, 6th grade “clap out,” grad night, graduation, graduation party, to name a few …).

And these first 6 days have been a whirlwind, but they’ve been fun.

Bring it on, June!

We had another busy weekend last weekend —