The second official day of Nationals was as busy as the first! (Busier, actually.)

For me, the day began with my agent and editor pitches, which I practiced in the car on the way over. (If you want to see how those went, click here.)

The rest of the day was much more relaxed, including a fabulous workshop by Michael Hague that in and of itself might have been worth the entire price of the four-day conference!

Lunch was gorgeous as always — served in the enormous Marquis Ballroom with keynote address by Robin Carr. They had books on our chairs when we arrived — for book lovers like us, that’s better than the dessert on the table! (…er … well … the dessert did look quite delectable, though…) And this is where I realized I didn’t have the SD card in my camera as I tried to take pics of my fellow Firebirds at lunch. After we ate, we chatted. And then, for me, it was off to another pitch.

Later that afternoon, we met for (another!) dessert (I think I ate more desserts in these four days than I ever have in my life) and some champagne at a nice certificate ceremony for all the Golden Heart and RITA finalists. I was a little fangirl to be in the same room as the RITA finalists (Nalini Singh! Darynda Jones!) and it was also nice to get another chance to chat it up with my fellow GH finalists.

Then I tried to hit one more workshop before heading out to my car and collapsing for five minutes while I changed my shoes (gah! My feet were not surviving heels for these long days!) and just closed my eyes for a second before heading out to another rendezvous with The Firebirds at the Marriott pool. I also grabbed my extra SD card, so I got a few pictures of the pool gathering: 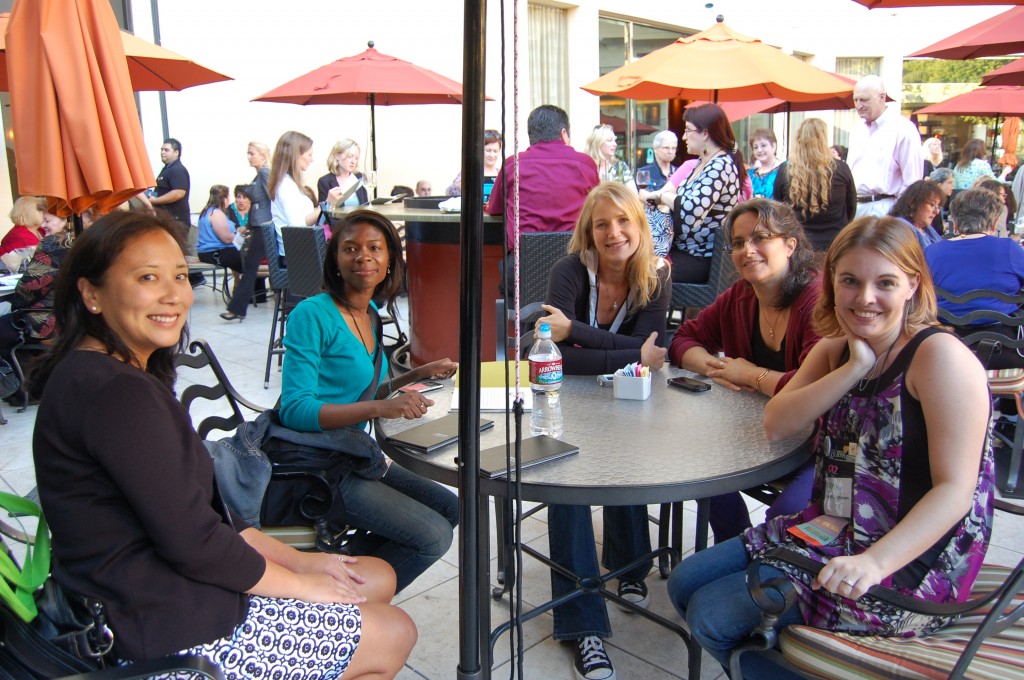 And into the night: 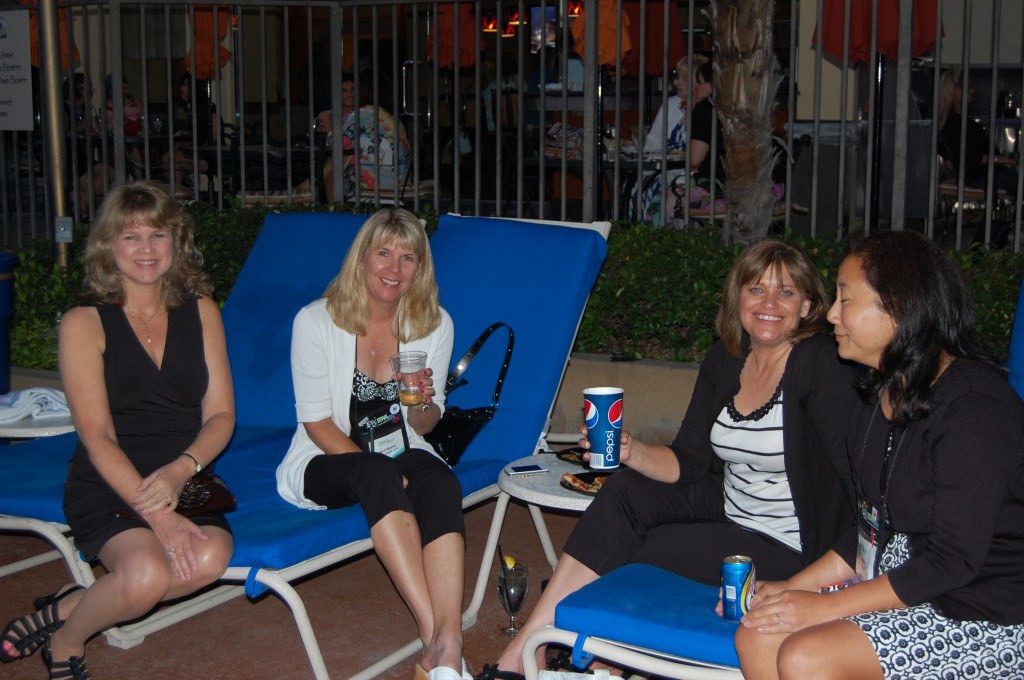 I stayed until about 10, but then had to head home. Onward to tomorrow, which will hold more workshops, book signings, practice for the Big Ceremony, and … gulp … the ceremony itself!