So here’s where the weight-loss story starts getting comical:

In the spirit of “The Biggest Loser” competition at my work, one of my coworkers planned a “Fitness Friday” lunchtime hike at one of Orange County’s wilderness parks, and at first I thought “I’m in!”

I love the outdoors. And I love Orange County’s wilderness parks — they’re kind of desert-y, but they have some beautiful oaks and sycamores, plenty of wild birds and rabbits to make you realize you’re in another world, an amazing fragrance of California sage, and a true “get away from it all” feel. Just recently, in fact, I was chatting with my old neighbor about joining the OC Hiking Club, which is something I suggested years ago to my friend Debbie (but we each got busy with our kids, and weekends suddenly filled up).

Plus I love vacations to Tahoe or Yosemite, and we always find at least one fun hike to do there each trip.

But, admittedly, my version of “hiking” involves a camera, a slower walk, and the time it takes to notice my surroundings. And the last couple of vacations, I admit, I’ve had a rough time during the steeper hikes. Twice recently we went on hikes with really steep elevations – once in Yosemite and once in Montana – and each time I barely made it to the top. (In fact, I probably wouldn’t have made it to the top if it weren’t for the fact that the top is where the next activity began! In Yosemite, we were hiking up to the base of Nevada Falls – I nearly died – and in Montana we were hiking up to the beginning of a descent into a set of caverns. On the Montana one, the only other woman who had as much trouble as me was toting a baby in a sling on her front!) I never used to have this kind of trouble hiking before — it’s only been in the last 4-5 years — but I knew I was getting myself into some jams.

So I said “I’m in!” to the OC hike with a little trepidation …

I figured their definition of “hike” was probably different than mine (I figured theirs wouldn’t involve cameras or noticing the California sage).

And then I learned that the hike they chose is one of the notoriously steep ones – a 650-foot immediate elevation over only 1.5 miles, up the Willow Canyon trail in the Laguna Canyon Wilderness Park.

And suddenly I thought, “I’m out!”

But over the weeks, a few co-workers talked me into it. (They claimed they’d stay back and walk with me, or would probably go as slow as me, but … NOT.)

Now, I work with a bunch of really competitive people – I mean, they’ll compete over everything from a golf tourney to a poker game, with absolute determination. So I should have known better about the offers to help!

Sure enough, everyone raced to arrive there, pay, and get out to the trail head before each other. Some brought sand bags to carry for an “extra workout.” Then they seemingly began racing to the top. …

I just stood there in the swirling dust. I think I got one good photo as they began their ascent, but then, as expected, everyone was gone around a bend. I knew I was in trouble — if I couldn’t keep up at the front of the group, I certainly wasn’t going to keep up at the back. And, sure enough, about a quarter of the way up, the breathing troubles began. My lungs felt like they were shriveling up and couldn’t get enough air in them through the straw that is apparently my windpipe. So I sent off the one coworker who was walking with me – I didn’t want to keep her too far behind – and just took my time. I stopped, tried to catch my breath, took a bunch of pictures, started again, would go up one more elevation to a level place, then try to catch my breath again, etc. It took me forever – and I never made it all the way up – but I still got a good workout. (My legs were nice and pleasantly sore the next day.) And I got a lot of nice pictures! I also saw a hummingbird, lots of rabbits, some really cool caves that Nathan would love, and got a chance to smell the sage. …

(I don’t think I’m going to be a competitive athlete!)

Here’s a picture of a hummingbird I saw: 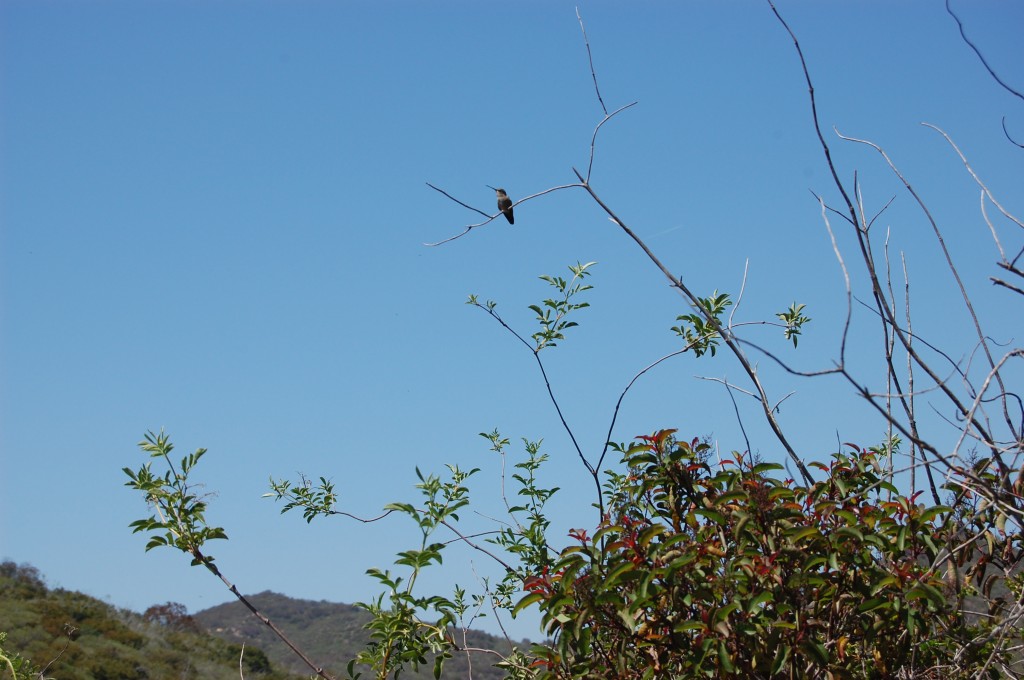 And here’s one of the rabbits: 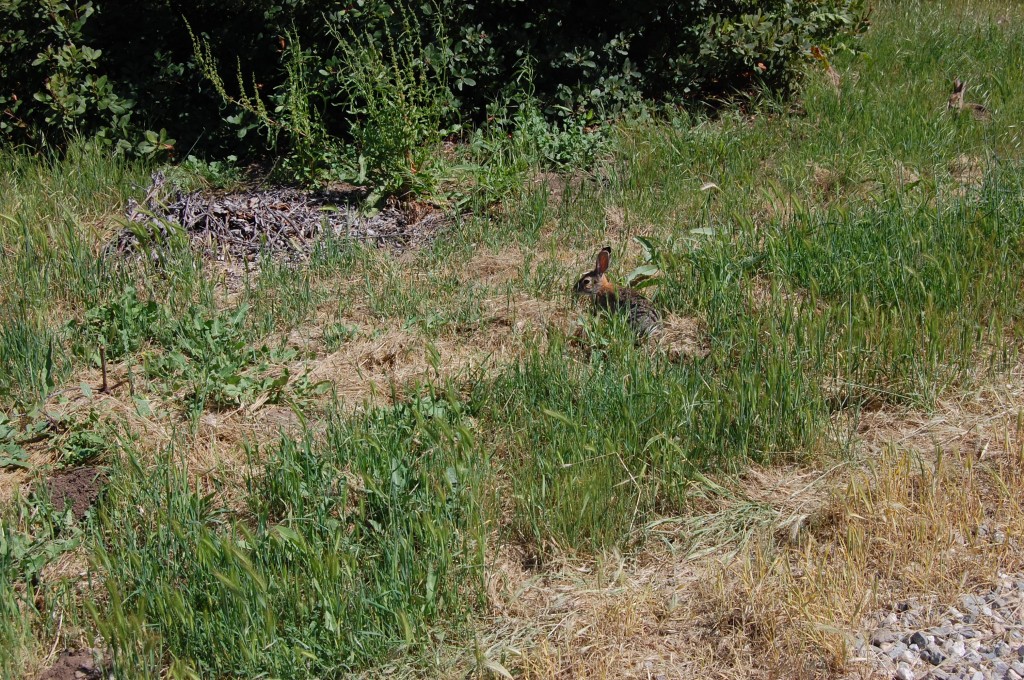 Here’s a view from about as high as I got. See that white rock down there that looks like it has a face? Everyone calls that “ghost rock”: 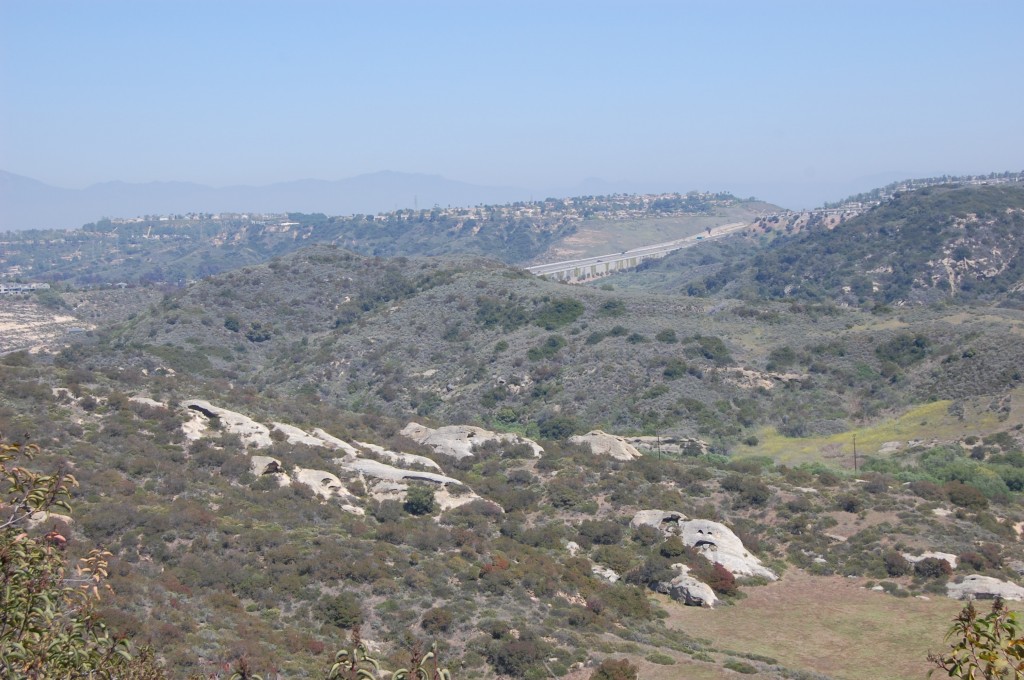 And here are my coworkers, leaving me in the dust: 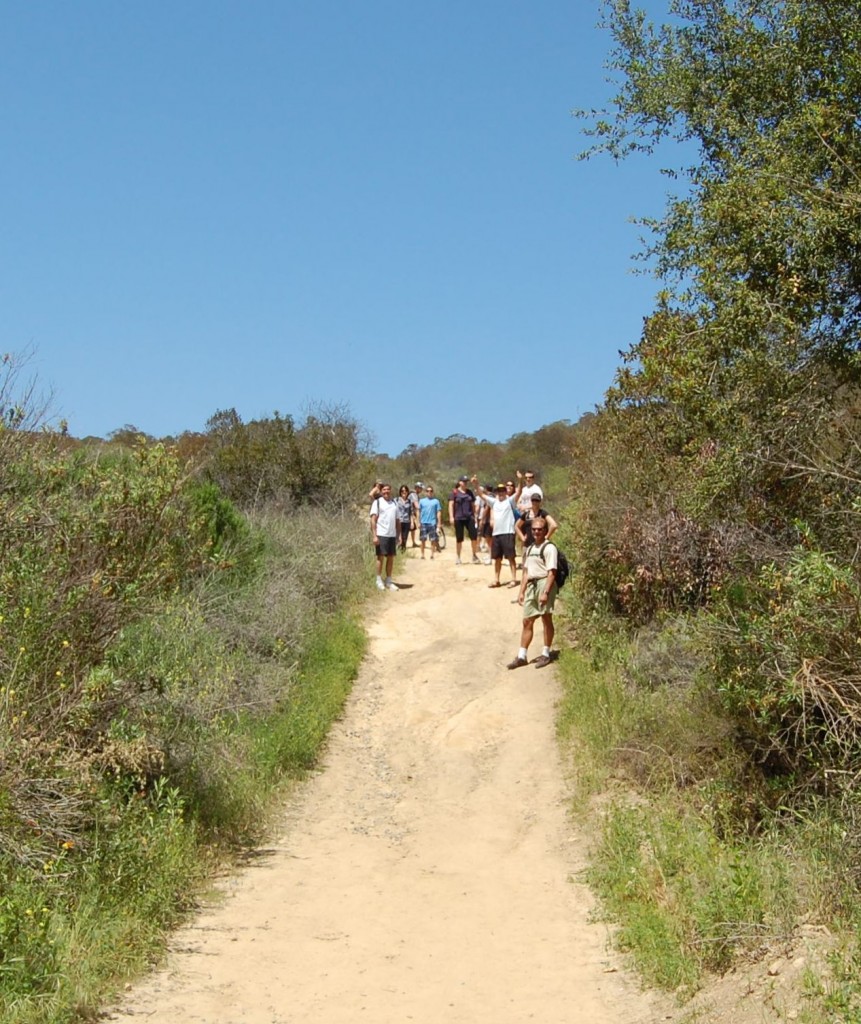 Anyway, the good news is, the whole experience actually made me want to join the OC Hiking Club even more.

Next up for “The Biggest Loser” competition at work? A hike to Holy Jim Falls, which is so far and treacherous to get to that very few people in OC have even seen it! Ayeeee. …