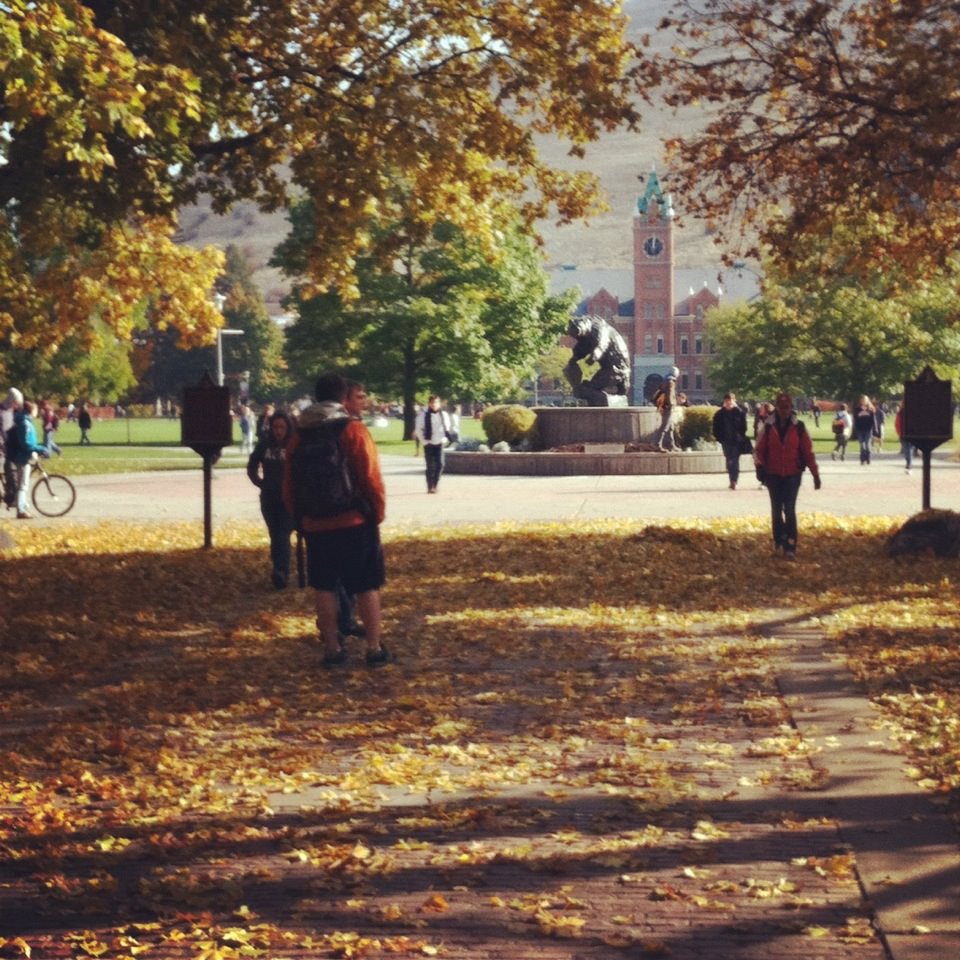 University of Montana in the fall -- Photo by R. Sanchez

So he’s having his first “real fall” (with actual changing leaves, and weather that’s less than 80 degrees). He’s made lots of friends, given his first public speech for a class, gone to every home football game with new buddies from the Journalism school, sat on the banks of the Clark Fork River, trekked to downtown Missoula for meals with the dorm kids, done some laundry, worn a toga, gone to the campus doctor and had a splint put on his arm (!), dealt with his first away-from-home cold, bought some basic groceries to supplement his meal plan when hunger strikes at night (groceries usually consist of Oreos and Ramen, I hear), and won two raffles at the student store. I hear he’s even found some time for studying!

This week is rumored to be the first week it might snow (supposedly today!). His best friend from home is arriving in Missoula tonight for a four-day visit (and a home football game). I’m sure they’re going to have a ball. …

One thought on “Updates on the boy …”