Ricky did a good job and started scrambling after about a week. He began by getting online and looking up any schools that were still taking applications, still fit his criteria, had a reasonable out-of-state tuition cost, and were interesting to him. He looked at a lot of out-of-state schools he hadn’t considered before, went through tons of web sites, read “College Prowler” late into the night, searched, studied, scrambled, searched some more. … 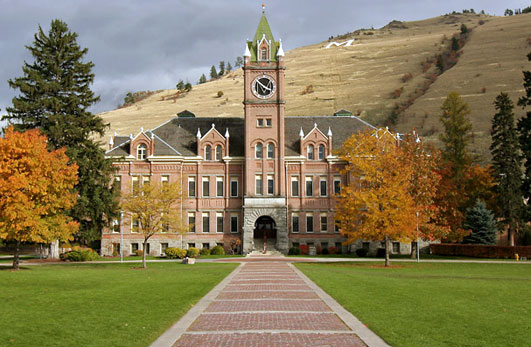 Then, ultimately, he started putting together applications to:

But quickly University of Montana became a front-runner. … Montana? We were a little surprised. We’d never even heard of it. But it really had all the things he loved: 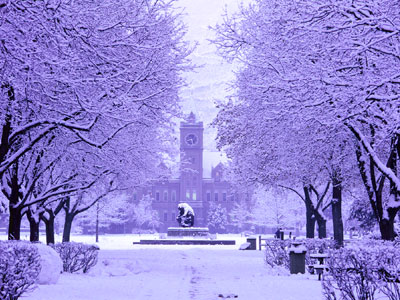 University of Montana in winter

So … who knows? He might be in Montana next year! He was already accepted (and into the journalism program), but we won’t make any final decisions until early May, when the waiting list details are out for Santa Barbara. Plus he hasn’t heard from ASU yet, which is a second place.

But the bottom line — what we learned — is that even when your first instinct is to panic, and feel really uncertain about everything, there are always options. I guess we all have to learn to scramble. … And he did a great job. He acted like an adult, got on the ball, and found a great solution. He’s really excited about everything again.