Well, we didn’t win the big game, but we had quite a cool experience being in Angel Stadium.

We don’t have any pro football in these here parts, so our baseball stadium is the nearest thing we can have to a “big league” venue for football. And we are HUGE Angel fans. So being in the stadium and seeing our boy down on that field was really thrilling, all around.

Here’s Ricky’s fan club heading in to the game: 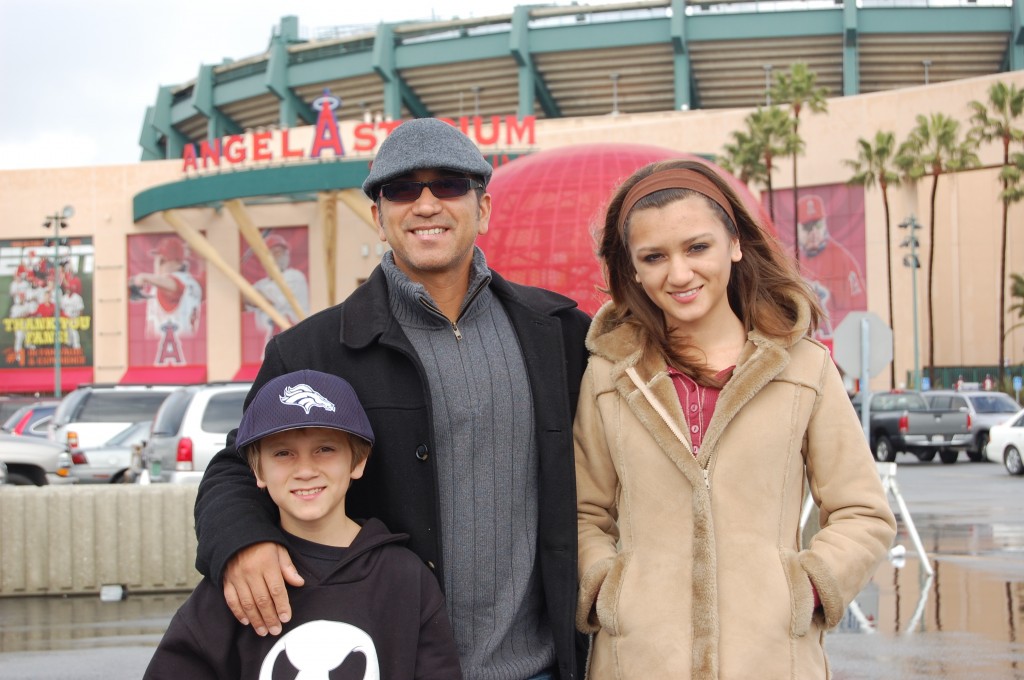 We also met Superman’s oldest brother there, along with his nephew and bro’s brother-in-law, so we had a fun group.

The field was set up very well. Here’s how it looked, converted from the baseball diamond to a football stadium: 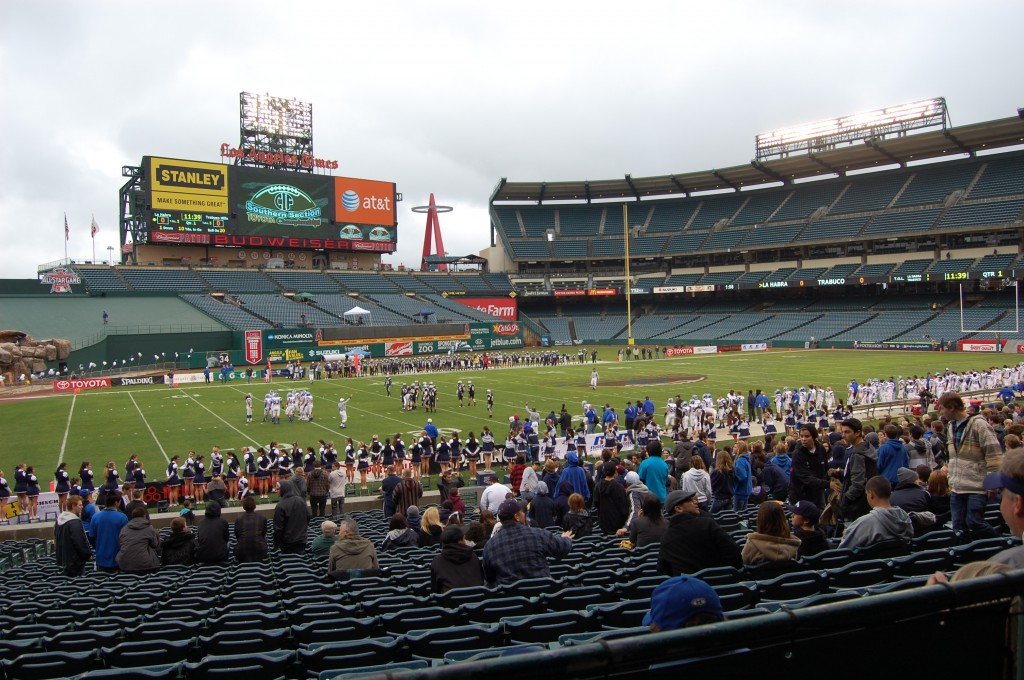 Here’s us ready to watch the game: 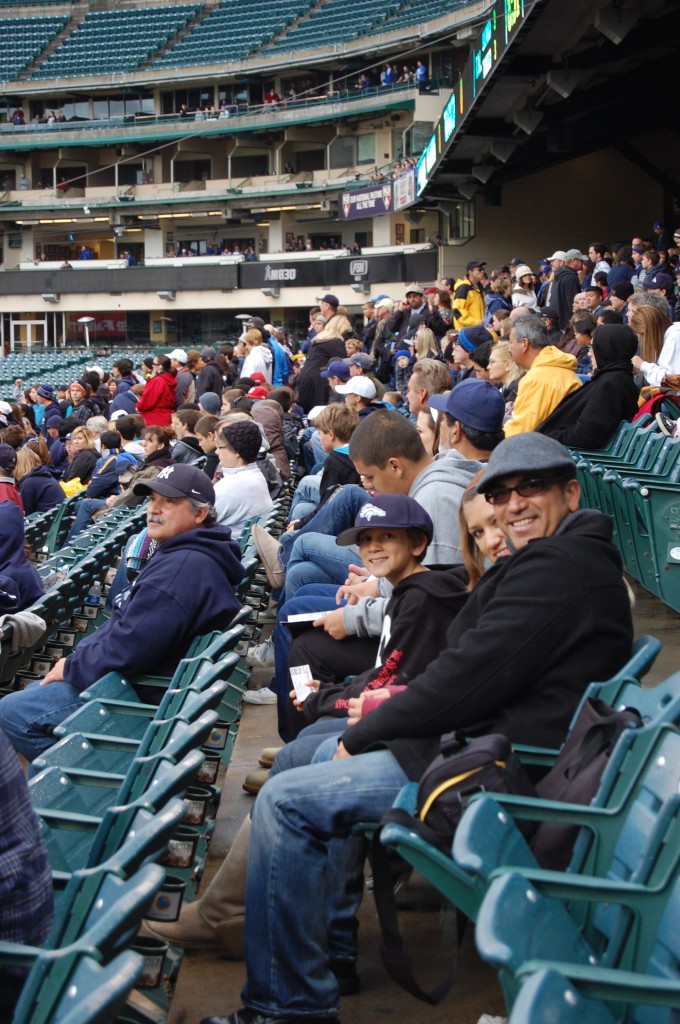 But here’s how we looked by halftime: 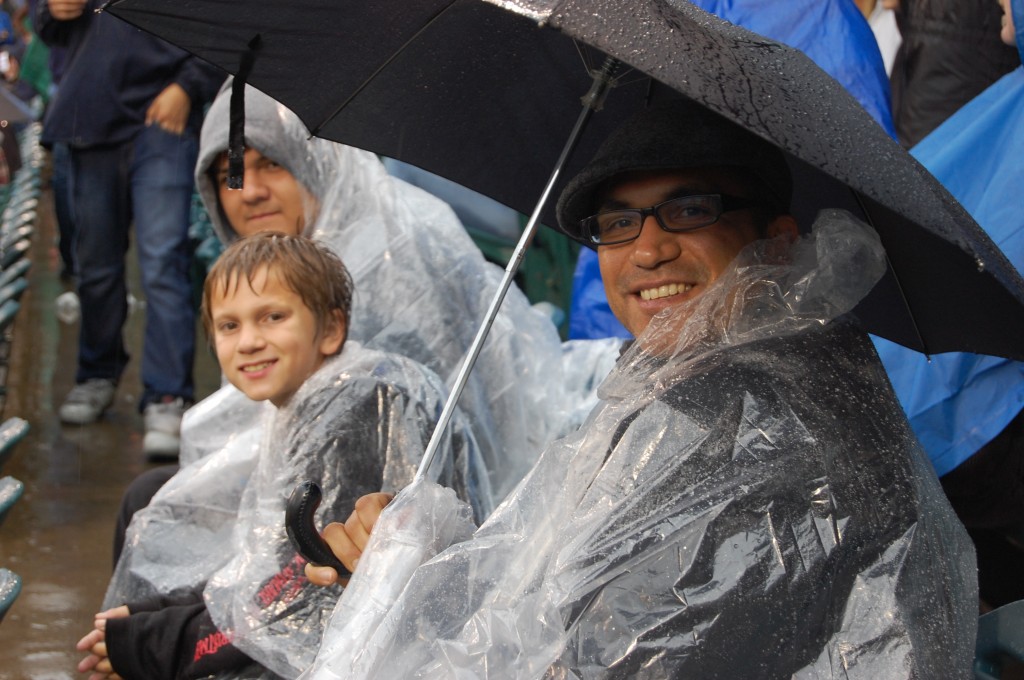 It rained the entire game! But it was fun. The boys had fun playing football in the rain, and we had fun sitting in it to watch it in a pro stadium. (Like I said, we don’t get to do pro football around here, so all around it was a unique experience!)

The Mustangs lost, but I was happy that Ricky got the entire experience of going all the way in CIF. That’ll be one great season that those kids probably won’t forget … Win or lose, it was a great, exciting season. 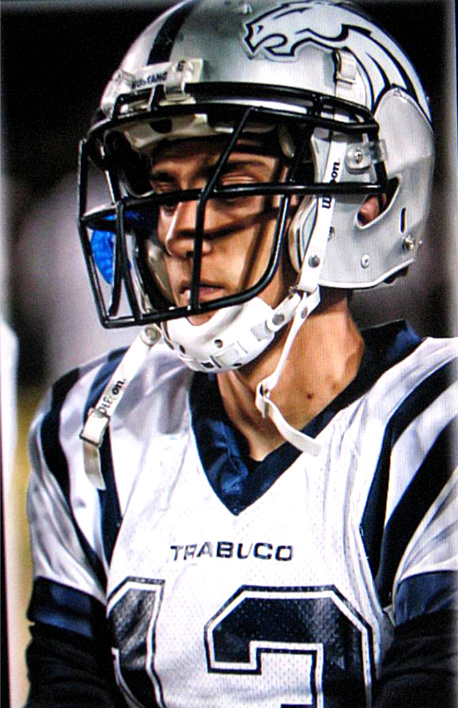