Do you like Pinterest? I’m all over that stuff, man. It’s like catnip to me, and if I’m not careful, I can go down a rabbit hole over there and be gone for hours.

(Luckily I also do Pinterest for my work during the normal workday, so I get my “fix” pretty much then.)

Anyway, in addition to all my personal boards, like the obligatory “Christmas Decor and Recipes,” “Fall Decor and Recipes,” “Table Settings,” “Places I’d Rather Be” and such, I have 2 new boards for my books! There I’m posting pictures of how I envisioned my characters, photos of the real places that inspired fictional scenes in the books, and videos of coastal activities that take place in the books.

As a romance writer, I’m always asking women friends what they find attractive in men.

Once, one of my friends, Judy, fired back a response that surprised me: “I like men who are humble,” she said.

I think it would surprise men to know that women find this attractive, but women really do.

Romance writers tend to present the much-more alpha hero — and there’s a place for him, too, of course. But I think the humble man deserves his place in romance novels, too. So that’s why I’m writing one now. My current hero is geeky, sweet, a little insecure, but ultimately so humble and loving that he wins our heroine over. I’m having so much fun writing him.

Anyway, I thought about humble men, and Judy’s response, again when stumbling across the quotes and gifs last week about Beck winning the album of the year, and Kanye West stepping in to say it should have gone to Beyonce instead.

Despite all Kanye’s alpha swagger, Beck’s humble response — kind, respectful, preserving everyone’s dignity (including Kanye’s and Beyonce’s) — was so much more attractive …

Here’s a good blog post about it: One Quote Sums Up Why Beck Is the Most Humble Man in Music – Mic.

What are your thoughts on humble men? Or on seeing quieter, nerdier, more-beta heroes in romance novels?

So when we come home at night, the house of destruction looks a lot like this. Egads!: 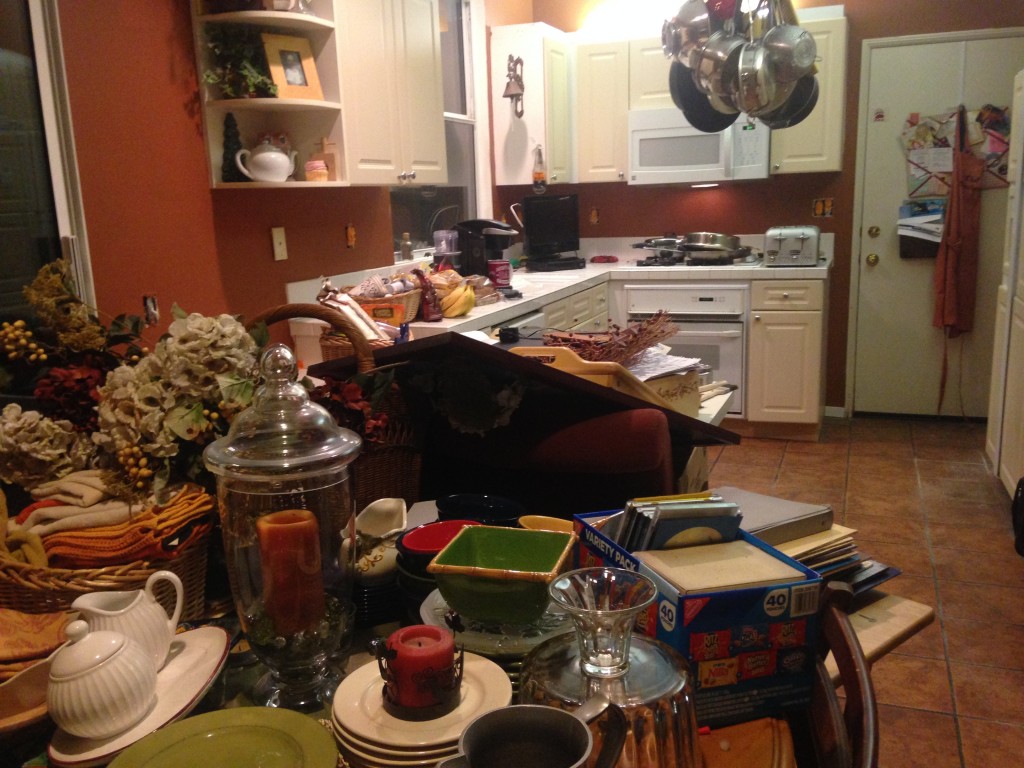 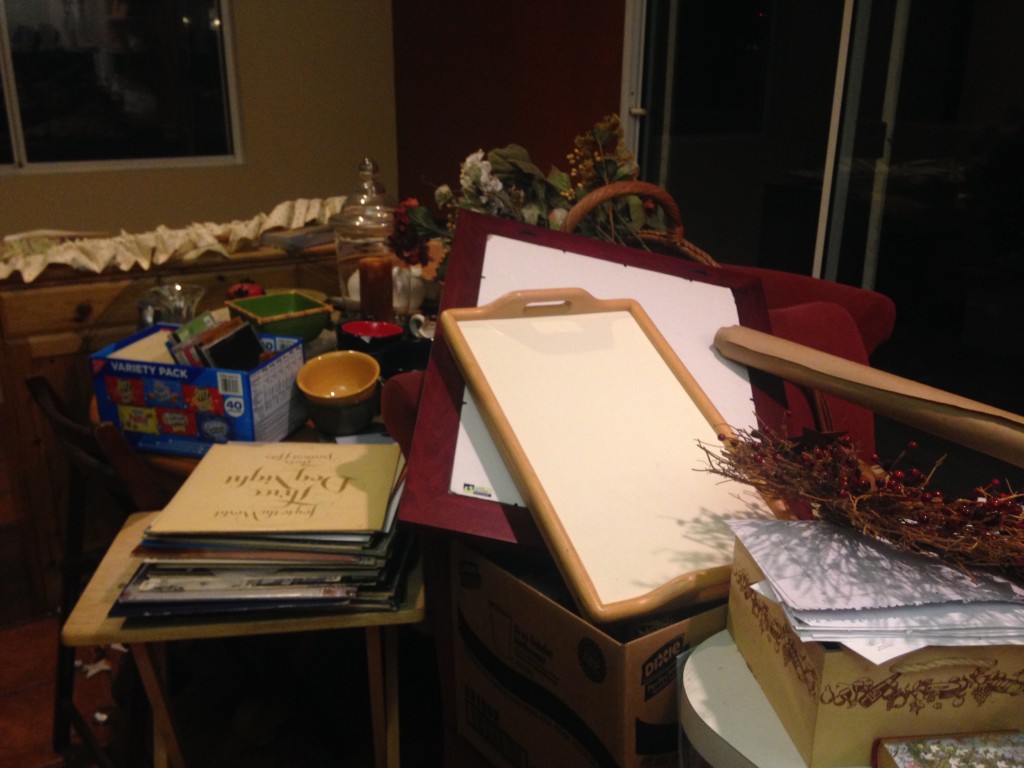 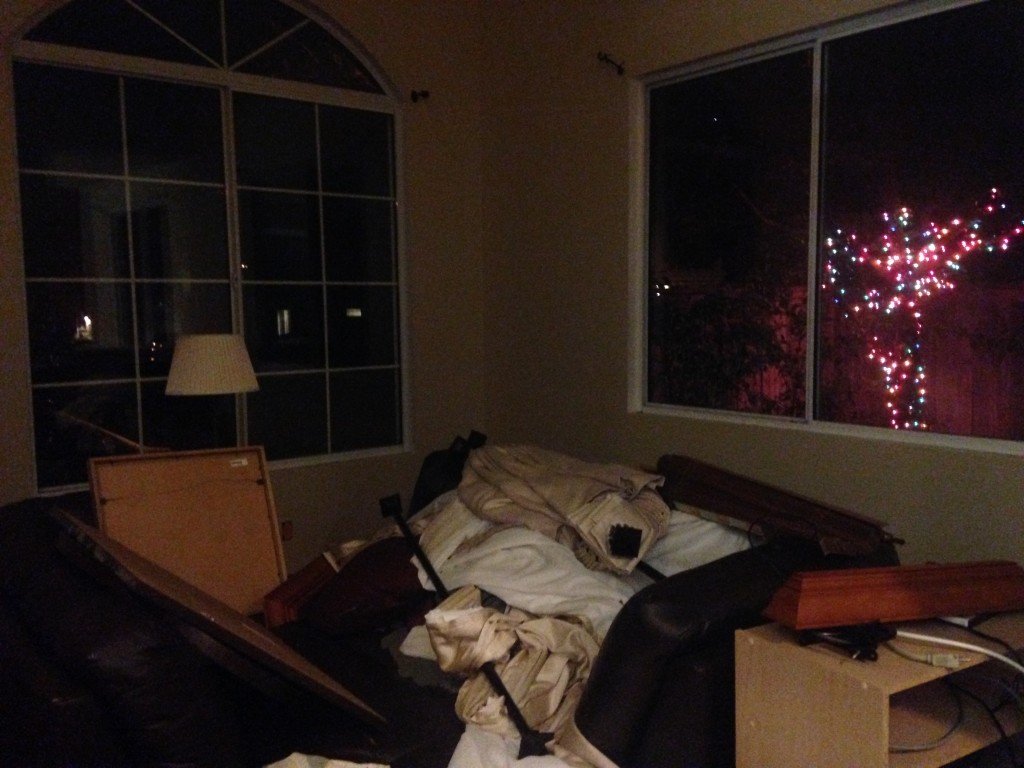 No curtains; no lights; no cable; no privacy; no internet.

Hubby is most concerned that he doesn’t have a working TV: 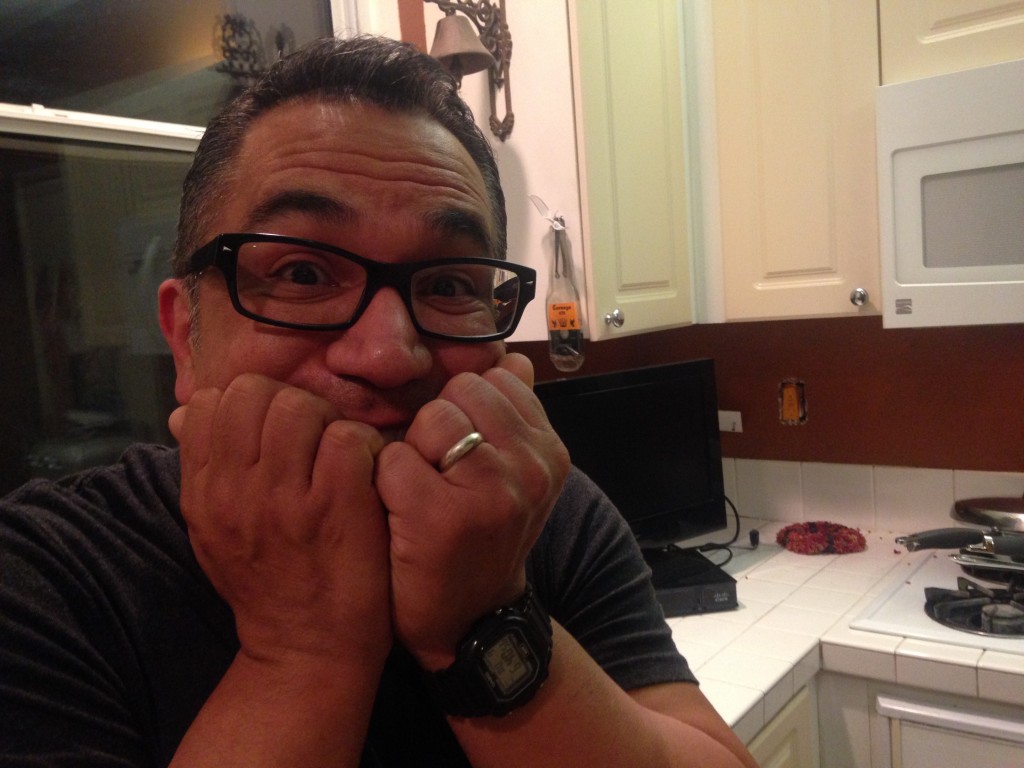 But I’m loving the new wall color in the kitchen! And the new drywall, I must admit, looks seamless. The den and the downstairs bath seem to be coming along, too, but are too dark to see when I get home at night.

Plus, it’s been kind of an adventure — the three of us are finding creative ways to spend our evenings, like at Claim Jumper: 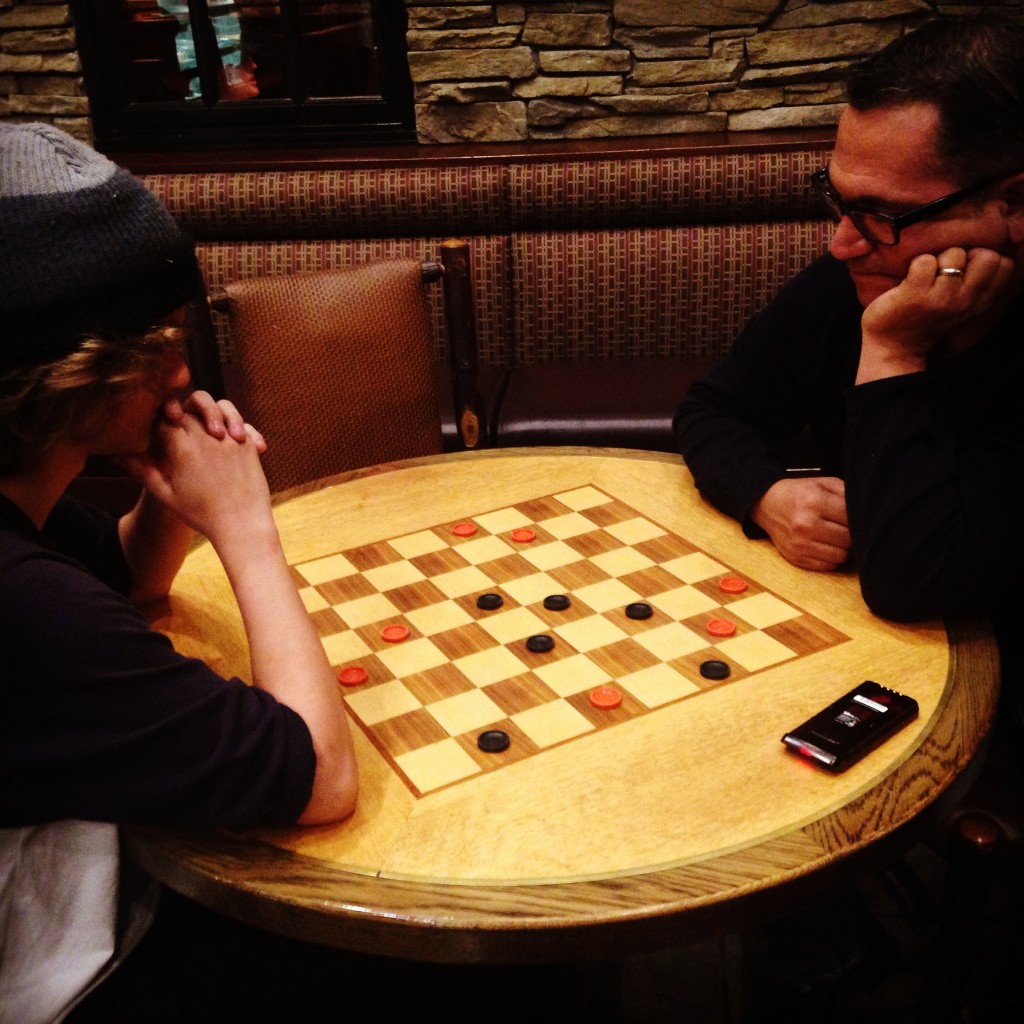 Then, after dinner, we go wander around Tillys, Target, Lowes, or Bath and Body Works for a couple of hours…

It’s been a weird week, but it won’t go on forever, right?

So I guess it never stops. Your mouth goes dry each time. Because my first industry review came in for TEN GOOD REASONS, and just like it did for the first book, my heart started racing.

I suppose this will always happen. Because you send it out there, and you love it, and you HOPE everyone loves it, but until you start hearing from everyone (anyone, really), you just don’t know.

So it was with great trepidation that I read my first review (it was from Kirkus). It’s here: Kirkus Reviews: Ten Good Reasons.

And it was with great relief that I finished reading it. (Breathing commenced!)

Drinking should have probably commenced also, because I had to read this part a couple of times:

Christopher’s second novel is a polished and accomplished success with a terrific mix of romantic chemistry, sexual tension and a touching emotional journey. … A smart, poignant contemporary romance from an author to watch.

An “author to watch”? Me??? I can’t even believe this stuff is written about me. It feels like they’re talking about someone else.

The Kirkus review was introduced in another article by Bobbi Dumas, who writes about romance, and she lumped me with some established romance icons who I admire, and she called the book “sexy and smart.” (Squeeeeeeee!) Her article is here: Beach Reads in Winter | Kirkus.

Dang, once I pick myself up off the floor, I’ll try to figure out if writers ever get used to this — the pressure, the nervousness, the heart-racing, the relief, and the strange oddity of seeing public reviews of your writing.

But at least now I can go back to writing the next book! (Breathing properly, and with just an iota more energy.)

Thank you all for listening. …

Well, work on the house of destruction is finally beginning this morning.

This is what we worked on all weekend: 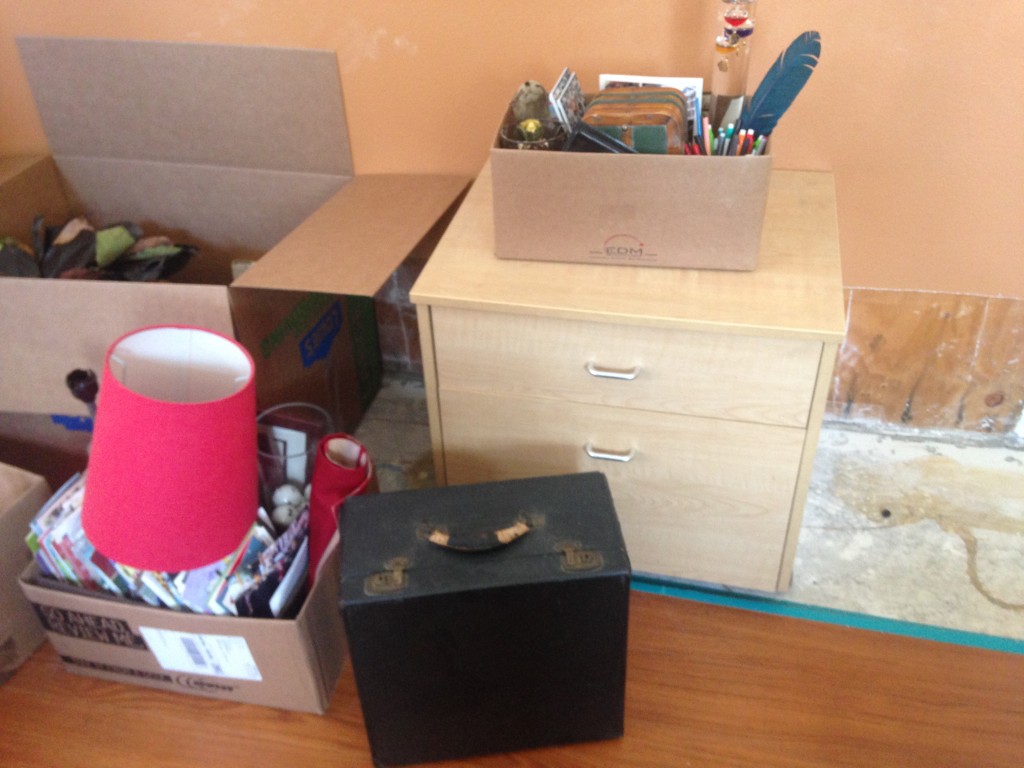 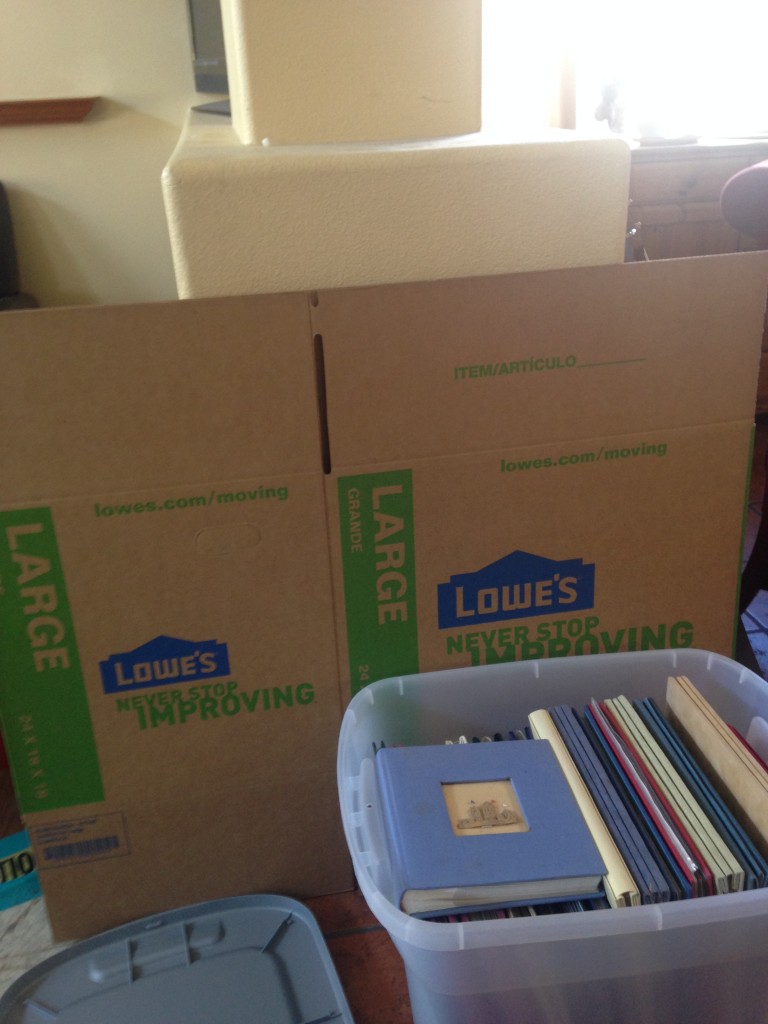 Packing, packing and more packing! We packed everything up and away from the walls so the painters and drywall-repair guys could start there.

We even had to pack up our living room, dining room, and kitchen, because they’re basically repainting the entire downstairs. (And yeah, I don’t even want to think about how long it’s going to take me to put everything back!) 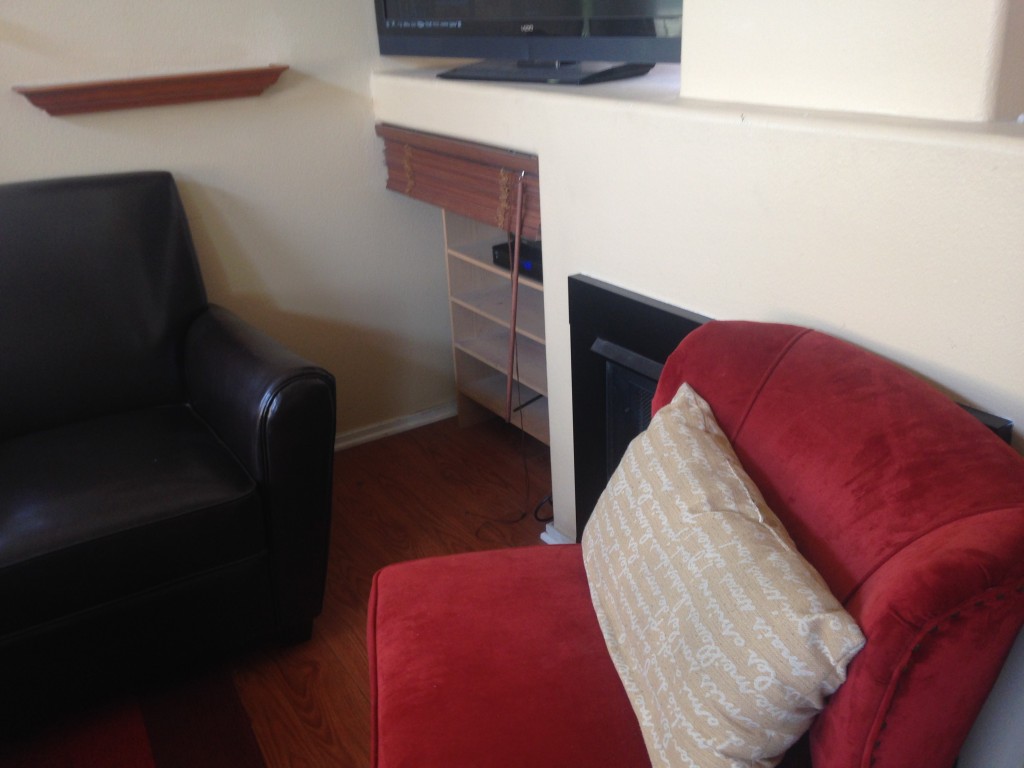 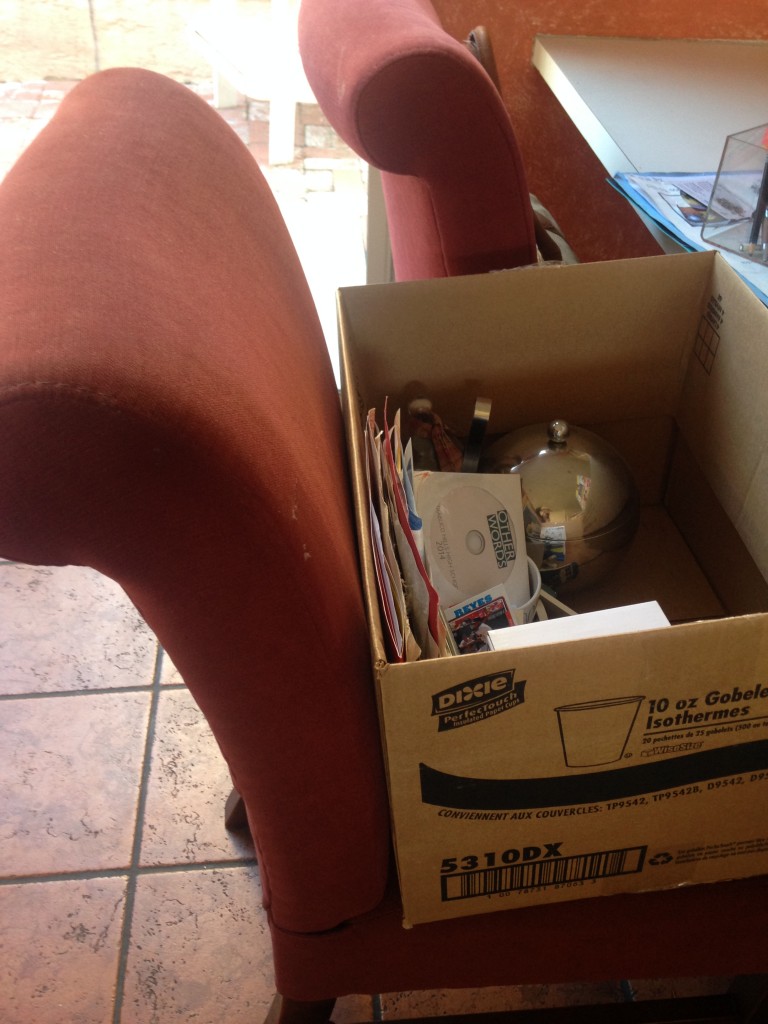 The most exciting part is that we got to pick out new kitchen colors! I’ve really loved my terracotta colored kitchen. I’ve had it like that for more than a decade. But we’re ready to move beyond the faux painting, and we want to go with more of a sophisticated color, so we’re trying a mocha brown, like a coffeehouse. I think we decided on the middle one: 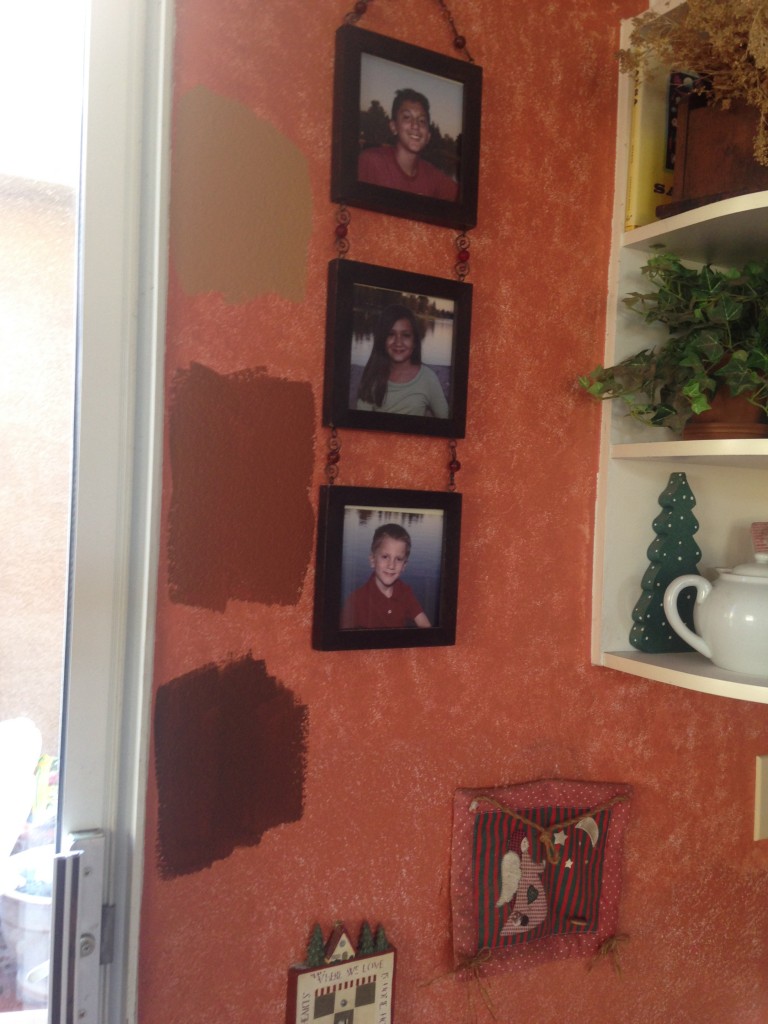 Wish us luck! Here we goooooooo …