Whew! So back to the trip …

Day 7 began with our favorite continental breakfast. Yeah, this was at the weird hotel connected to a mall, but this continental breakfast, man — full-on omelet bar, delicious waffles, hot tea, great creamers for the coffee, several kinds of breakfast potatoes and breakfast meat — it was really good. We take our continental breakfasts pretty seriously on our road trips and yeah, we rate them! (Doesn’t everybody?) I think we all gave this one a five out of five stars: 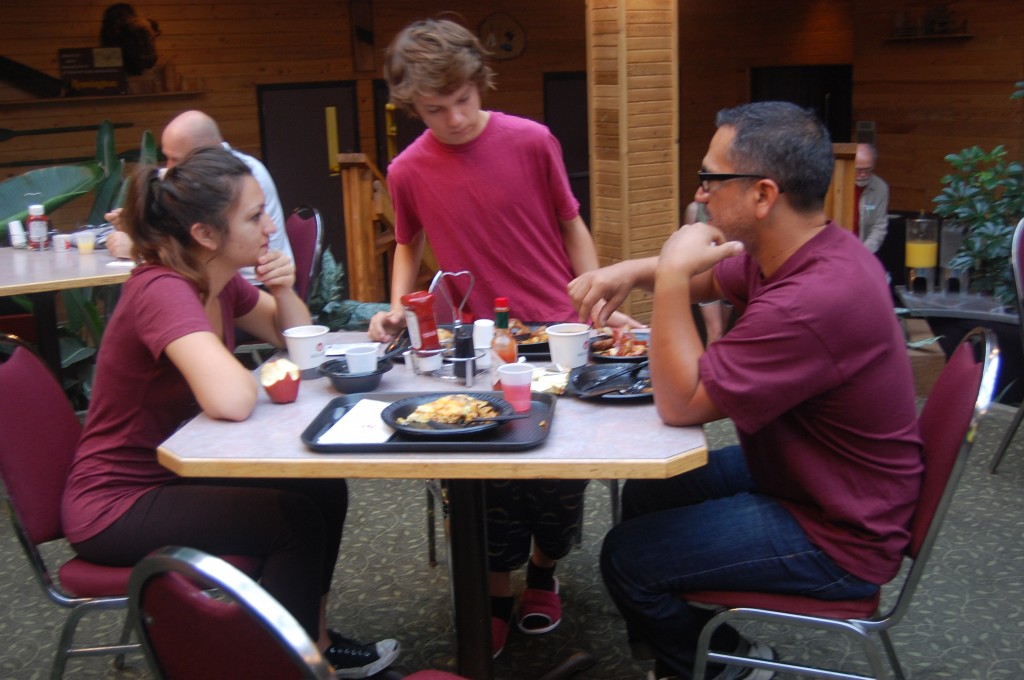 Anyway, after breakfast, we started the day by driving a little north to Whitefish, which we had wanted to see but missed due to the storm the night before. Whitefish is a really cute, upscale ski-resort town, with a darling little downtown filled with boutique shops and a cozy position within the surrounding mountains. Another great retirement option!

The next part of the day, we headed back down around Flathead Lake and back into Missoula. We were supposed to meet the owner of the condo we were staying in at 4 p.m., and we arrived at 3, so we ate at a cute little sandwich shop called The Merc, browsed through a great little “Papyrus”-type shop, and then walked over to meet him.

The story of why we rented this place:

When I originally booked this trip, I didn’t book Saturday night in Missoula. We originally planned to be back on the road by then. But Ricky called and told us the first football game was on Saturday night, and we should really try to stay. The first football game! Too exciting. Chris had been wanting to go to a game with his boy, so this seemed like the time! So I went back to book an extra night in Missoula, and every single hotel room was booked Saturday night. (Let me repeat that: every single hotel room was booked Saturday night. Can you imagine?) I think I mentioned before that Missoula takes its Griz football seriously, and this was a prime example. EVERY SINGLE ROOM. So we had two options: We could stay an hour away in one direction, or an hour and half away in another. Blah. Finally, it occurred to me there must be condos to rent.

So I went online and found “vacation rentals in Missoula,” and quite a few came up. And many of them were in the same building: The old Wilma Theater, which had originally been a theater in the 1920s, and had undergone several transformations, but which had reopened as condos in 2012. (The theater is still open on the bottom floor, with an old-fashioned projection room. And the elevator is still the original old-fashioned “Otis” elevator — very ornate and cool.) All the condos are brand-new, and most are vacation rentals. The walls of windows in all the rooms face the Clark-Fork river, the beautiful surrounding mountains, the charming downtown and more. And everything’s within walking distance. Score!

So I rented a room there.

Here’s my conversation about it with Nathan:

Me: “I rented us a really great room in an old theater!”

Nate: [Looks at me skeptically.] “Sounds old and creepy.”

Me: “No! It’s going to be beautiful. It overlooks the Clark-Fork River and a park! And a carousel!”

Nate: “You do realize you’ve just described the plot of every major horror movie, don’t you?”

But I insisted that everyone would love this place. And you know what? They did!

Here are some pics from inside and out the window of our room. (The owner calls it “The Pronghorn.” Can you guess why?): 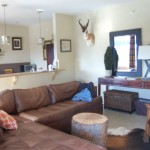 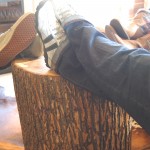 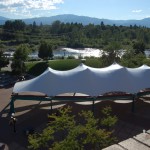 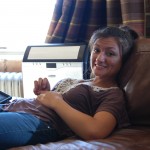 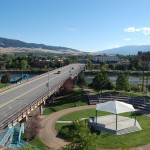 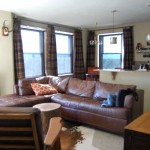 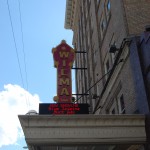 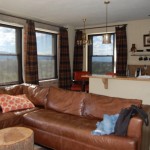 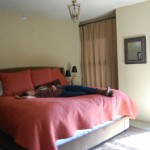 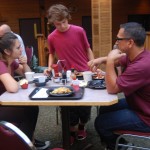 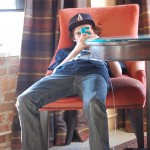 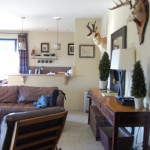 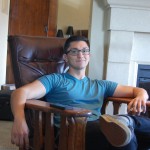 The rest of Day 7 was spent picking Ricky up from the campus, going to Target to pick up stuff for his new house (bookcases, new bedding, bath rug, wastebaskets, etc.). Then we went back to his place, Chris helped him build one of the bookcases, Rene and I made up his bed with the new bedding, and then we took him and one of his roommates Pat (who is from our hometown) out to dinner. It was a fun day with our boy!

Next up: Farmers Market, Coffeehouses, and Griz Football!