So as we drove away from Montana – having left our firstborn in a strange state, a strange land, a strange room, with … well … strangers – and as I had lots of time to stare out the car window at scenery like this: 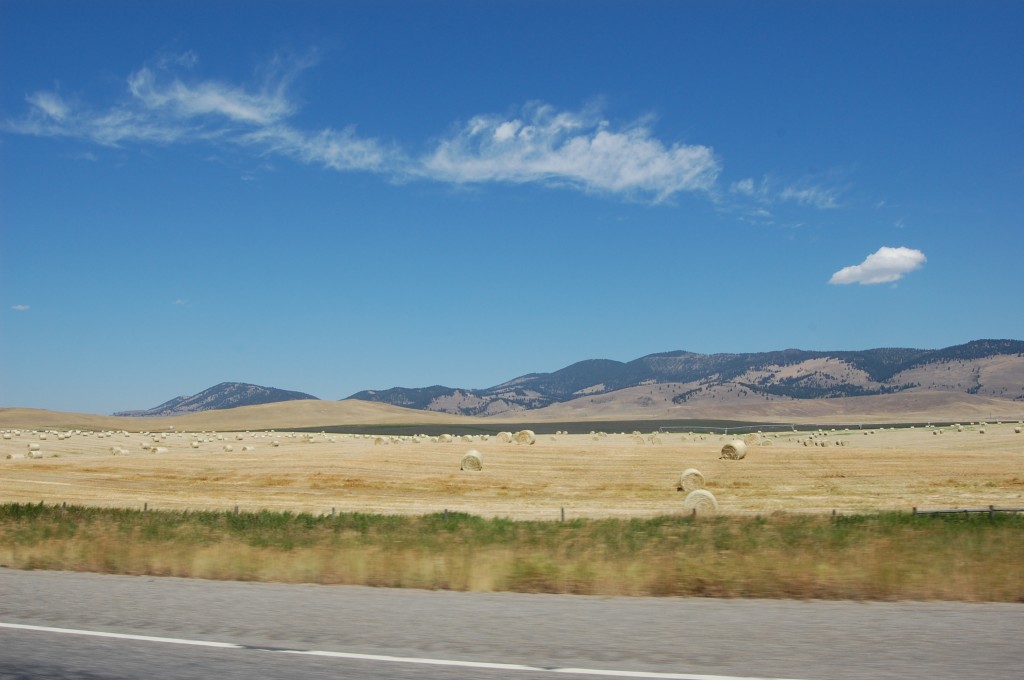 I had plenty of hours to think about things like why sending your child to college was so emotional.

I mean, there are the obvious things, like you don’t get to chit-chat as often, you won’t be privy to all the daily goings-on of your child’s day, you won’t get to have your interesting discussions at the dinner table any more, he won’t be around to make you laugh. There are the good things, like you won’t have to wash a gazillion socks anymore, you won’t have to buy mountains of Cheese-Its, and you get a little real estate back in his/her room, which you can use however you like now.

But there was something more … Something definitely deeper. And this overwhelming sadness seems more common among this generation of parents than it did ours. (Or maybe that was just my parents!)

I finally realized that it really all boiled down to something a blogger friend of mine said: Tracy Kunzler, who blogs for me at Health Bistro, and was sending twin boys to college this year, and she said she read that sending your child/children to school is like “the biggest pink slip you’ll ever get.”

That sounded about right.

It felt like a pink slip. And for a job that I wasn’t quite ready to leave, thankyouverymuch.

It all just went by too fast.

I realized, however, that I only got the pink slip for one child, and that I had two more to enjoy, thankfully. But it made me think a lot about my friends who were sending only children to college – three who were sending twins, who were the oldest and only – and how it must feel like a pink slip even more to them, because then you’d feel like your whole role as mom was whisked away in a day.

So that’s what I think the sadness is.

And I imagine it’s going to be worse when I send my youngest, because the pink slip will be for real then. My job will be done.

Whether I’m ready or not.

How about you — Have you been received what feels like a “mom pink slip” yet? Did you feel like you needed to find another “job”?

4 thoughts on “Sending Your Firstborn Off To College – Part 3”